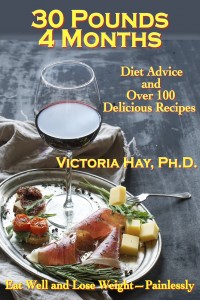 So the saga of the count-down sales that didn’t happen continues. When I complained to Amazon that the BIG SALE I’d arranged for six books starting on Thursday, July 21st, never showed up online, I got an answer from an apparently living human being (that or a very clever piece of AI programming) stating that I had set the sale to start at 3:00 p.m.

I rather doubt that. I wouldn’t have done any such thing. Sure, I may be senile, but I still know the difference between a.m. and p.m. But…moving on, deeper in the message the Amazon CSR claimed that I had never set up a sale for the diet/cookbook, 30 Pounds/4 Months.

Meanwhile, I’ve been telling people for two weeks that they could get the book for 99 cents starting yesterday. That, then, comes under the heading of false advertising.

Well, the work-around is pretty obvious: simply set the price not as a “sale” but as a permanent price at 99 cents. Leave it there for a week. Then take the book off of KDP Select, which obnoxiously embargoes your book so you can’t sell it anywhere else (not even from your own website) and return the price to $9.99.

You understand: to do this I have to drop the royalty to 35%. This means that for each 99-cent sale of the book I get less than 35 cents!

Minimum wage? Not quite. I have HUNDREDS of hours and HUNDREDS of dollars wrapped up in this book. A 64-cent profit means that I’m operating deep in the negative numbers. Not only do I earn less than minimum wage in return for months of research, writing, editing, design, and publishing work, I actually end up paying for the privilege of working my ass off.

So I go ahead and set that up…or…I try to.

Even though Amazon’s KDP Select pricing section states you can set your price starting at 99 cents, it will not allow  me to do so!!! The lowest price the damn form will accept is $1.00.

At this point I pass beyond frustration into outright anger. No. Make that into RAGE.

So. I set the price at a dollar, since that’s the best I can do. Then I use the “Description” section to post the following announcement to those who may have sought out the book expecting to get it at a starvation-wage price:

ENOUGH! Amazon is determined that this book is not going on sale. I advertised a count-down sale beginning at 99 cents, an arrangement that I set up here and checked twice and believed was in place, ready to go as of July 21. Now Amazon tells me no such sale was ever arranged, even though I know very well that I did set it up. In exchange for this financially oppressive marketing gimmick, I had to allow Amazon to embargo my book for as long as it’s in the KDP Select program: you have to sign up for it in order to price your book lower than about two bucks. That means I cannot sell it anywhere else, not even from my own site.

Amazon’s pricing program, which I’m in as I write this rant, states that you can set your price starting at 99 cents. But when I enter that figure, Amazon’s system refuses to accept it. The lowest figure it will accept is one dollar. This book took MONTHS to research and write, and it required a startling amount of time and money to prepare for publication. Giving it away for a buck apiece less a cut to Amazon is exactly that: GIVING it away. It means all the work I’ve put into this book is paid at sub-sub-sub-minimum wage. I’m not getting paid from sales of 30 Pounds/4 months; to the contrary, I’m paying through the schnozzola to sell it. This is not satisfactory.

For the past two weeks, I’ve been advertising that I would sell the book for 99 cents as the starting price in one of Amazon’s “countdown sale” promotions, starting on July 21. Since Amazon doesn’t seem to want to let me do this sale, I proposed a work-around: price it at 99 cents for one week. But Amazon won’t let me do that, either: even though the program says you can set your price starting at 99 cents, it will not let me do that. The lowest it will allow is $1.00.

So here’s what I’m going to do: I will price this book here at ONE DOLLAR EVEN, the lowest price Amazon permits, and it will stay at that price for one week, until July 28. That’s the period the count-down sale was supposed to run, with the price edging upward until it was back to $9.99 on the 29th. Thus you’ll be able to buy the book for a buck for the ENTIRE WEEK, not just for a day or two.

Wanna buy this book cheap? Wait for a week, come back here to the website, and I’ll give the thing to you in .mobi or .pdf  for 99 cents. I may mark the paperback copy down, too.