If you’re attending a college or university or if you have a child in college, you need to read this book.

As a college student, or as a student’s parent, you face endless tuition increases. Do you know what that tuition is buying — and not buying?

Some 80% of college instructors are not professors at all, but underpaid, often underqualified part-time adjuncts. Fewer and fewer American students get what they pay for when they arrive on a college campus. Meanwhile, graduate programs churn out thousands of would-be college faculty with master’s and doctoral degrees, few of whom ever land full-time jobs in education.

Quality of higher education drops as full-time faculty disappear and are replaced by part-timers with no infrastructure, low pay, no benefits, and no representation.

This book explains the short- and long-term effects of replacing professors with part-timers and chronicles one adjunct’s semester in America’s largest community college district. Available at Amazon (click on the link) or in a handsome print copy through Plain & Simple Press’s Contact Page. 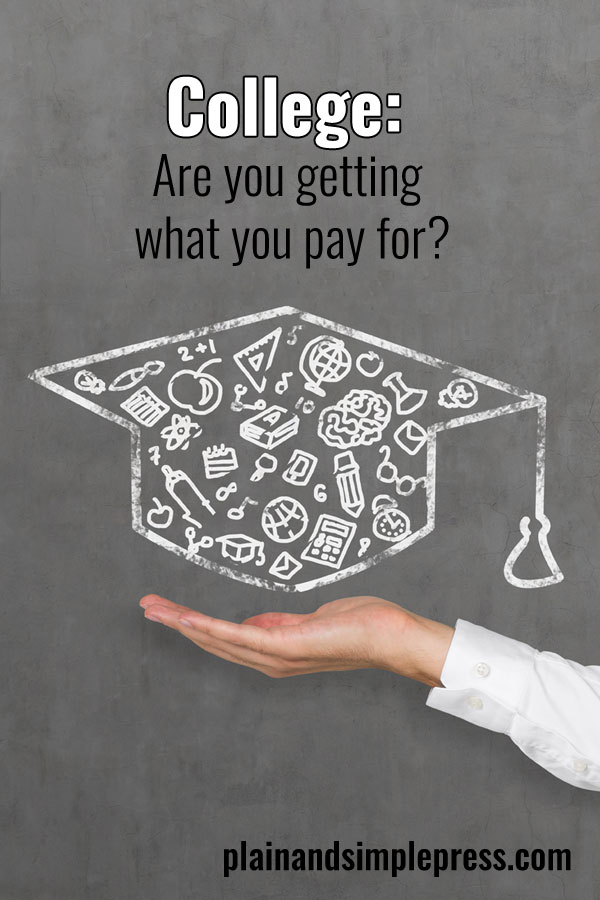 Lo, what should I find at Amazon this morning but a nice review of Slave Labor! And then, while seeking something else, a confirmation of Slave Labor’s thesis in Yuval Bar-Or‘s Is a Ph.D. for Me?, verbosely but accurately subtitled  Life in the Ivory Tower: A Cautionary Guide for Aspiring Doctoral Students.

Too many young men and women who go into PhD and MFA programs have no idea what awaits them. Every would-be graduate student should read these two books. 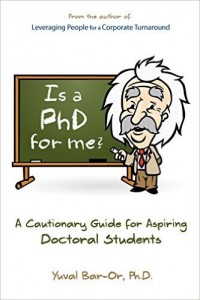 If you understand what to expect and if you have an independent source of income, by all means get a PhD in whatever subject warms your heart. But bear in mind that a PhD is a professional degree, not a program whose purpose is to turn out a man (or woman) for all seasons.

A “professional” degree should get you into a profession, but more and more PhD programs fail to do that. As a steadily increasing proportion of American faculty is relegated to the sweat-shop, your chance of landing a full-time job that will support you and a family is remote, at best. 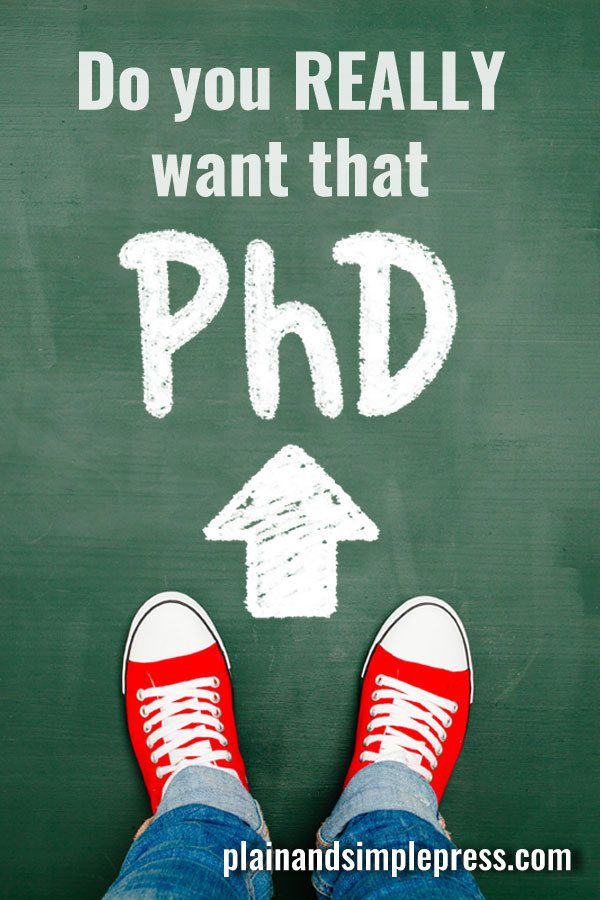 Do I regret having pursued a doctorate? Not much. But my circumstances were exceptional:

Often, though, I reflect that had I started in magazine journalism after I finished the master’s degree, I would have had one hell of a lot more fun and, by using the time to gain job experience, would have gone much further up the executive stairwell.

Some doctoral degrees will give you entrée to corporate and high-level government jobs. Economics is one of them. A master’s in journalism is another (I would not pursue a PhD in that trade). The PhD in psychology has some potential, but in terms of earning a living, a master’s in nursing can help you to become a psychiatric nurse practitioner, which more reliably will return a six-figure income.

Think it through. Don’t get a doctorate in a subject just because you “love” it. Get a doctorate, if you must, solely as a career move. And be damn sure that career will be open to you when you complete the degree.

What are some guidelines that might help you think this decision through? Start with these:

As our honored state legislators work to cut more millions of dollars out of a school system that consistently ranks among the bottom five in the nation, I happen to think in passing about possibly picking up a couple of comp courses on the side. The thought, perish it, is instantly rejected. This gives way to a meditation on the fraud that is the freshman comp phenomenon. Why do we offer freshman composition at all, much less require it for graduation from almost every college and university in the land? 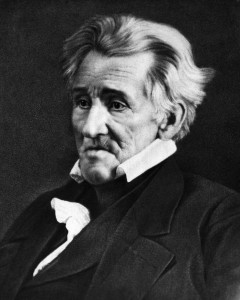 Andrew Jackson appears on the $20 bill. The man seems to have had a premonition about the state of American higher education.

To find the answer, of course, one need only follow the money trail. What began as a response to poor or nonexistent exposition skills among K-12 graduates has, over time, turned into an industry. Textbook publishers, who occupy the only reliably profitable niche in book publishing, pour out thousands of freshman comp texts. Since the course is required in all fifty states, it’s a cash cow for the big publishers like Wadsworth and Prentice-Hall.

As we scribble, Amazon has 5,746 comp textbooks on offer, ranging in price from $30 to upwards of $100. Bookstores selling these texts take their share of the profit, and outfits that buy and sell used texts crank still more money from them. Every couple of years, publishers churn out new “editions” of their best-selling texts, which really have nothing new to tell students — there are only so many ways you can explain how to write an expository essay, after all. These new editions exist solely make end-runs around resellers, keeping prices and profits high. 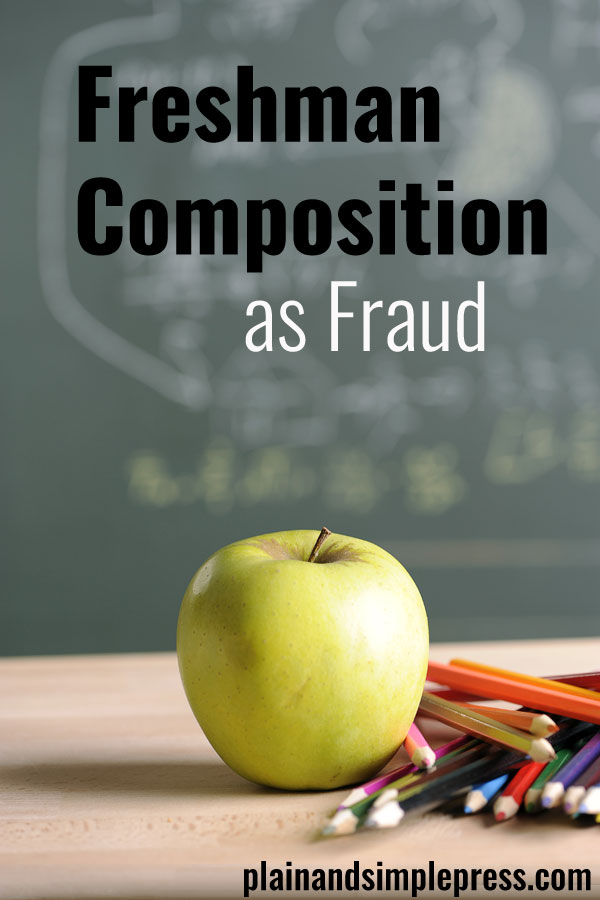 Meanwhile, within the industry that is higher education, composition programs have evolved into a sub-industry unto itself, driven by the absurd requirement that all students pass two semesters of freshman comp and enabled by tens of thousands of obscenely underpaid, brazenly exploited part-time adjunct “professors.” Freshman comp programs keep English departments alive, allowing a limited number of privileged tenured faculty to keep turning out many more MA’s and PhD’s than the market can ever employ — without ever having to teach the noxious course themselves.

Freshman comp is a highly profitable fraud, and it is fraudulent in more ways than one. Here is why:

If you haven’t learned to find published facts and write a competent 750- to 2000-word essay after thirteen years of K-12 education, you are not going to learn it in one or two semesters. If you’re not ready for college work by the time you’ve completed twelve years of elementary and secondary training, no part-time adjunct instructor earning less than minimum wage is going to change that. If you are prepared with competent writing skills, then you do not need to sit through two semesters of review while your unprepared classmates try to catch up.

From the student’s point of view, the course is an utter waste of time.

The student who can’t read and write at a college level will not remedy that deficiency in 16 or 32 three-hour weeks — one or two semester-long three-credit courses. And the student who arrives at college with college-level skills has nothing to learn from a redundant freshman comp course.

What about remedial courses, the $4 billion-a-year enterprise we used to call “dumbbell English” until something more than half our kids arrived at their colleges’ doors needing remediation? Where language skills are concerned, there’s another rip-off.

In the first place, students are made to pay for courses that do not count toward graduation. In the second — and more important — place, studies have shown that remediation in math helps many students, but remedial courses in language arts often elicit little or no improvement in reading, writing, and logical thinking skills. Language skills are learned when one is young, in childhood, and most often in the home. For native speakers who don’t read and write fluently, remedial courses amount to another expensive waste of time.

In short, a fraud.

The entire freshman composition construct, from its questionable raison d’être to its sleazy execution, is a fraud.

For a more detailed discussion along with a look at what it’s like to spend a semester teaching the course with no infrastructure, low pay, and effectively no future, take a look at Slave Labor: The New Story of American Higher Education. The print version is available through Plain & Simple Press for $8.95 plus shipping. To order a copy, please get in touch through our Contact page.