I feel like an old dog that, after laying on the rug half the day, climbs to its feet and shakes off  sleep with a great rattling of fur, ears, and tail.

Just as I arrived at the end of a VAST quantity of editorial work — to give you an idea, I earned as much in a month and a half as I normally earn in a year — I came down with one of the three or four nastiest respiratory viruses of my lifetime. And since my lifetime spans three-quarters of a century, that’s sayin’ something.

At any rate, around the single client project that remained, I’ve been fiddling with a new bookoid. Escapist scribbling, as it were: something to think about that is NOT Donald Trump, NOT mathematics, NOT academic screeds on the subject of how oppressed (fill in your favorite minority or majority group) is, NOT statistical studies of business management or economics, NOT indexes of medieval maritime history….

Drafting of fiction goes very, very slowly for me. Don’t know quite why that is. Maybe it’s that I spend more time visualizing and imagining the setting and the characters than I do actually writing.

Puzzling over this verity, the other day I decided to see how much I really could write in an hour. One hour. Beginning to end. Not much, as it develops: about four paragraphs, most of them dialogue! 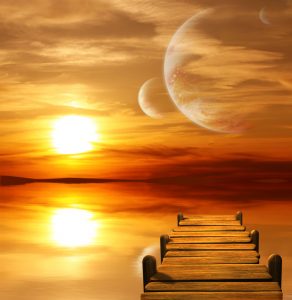 Here’s what came of that exercise, draftig, draftig, draftig: set in another time in a galaxy far, far way…. Merren is the head of guard for what amounts to the emperor of the known universe; he is a slave. He has arrived at the home and training academy of Haddam, who turns out high-end servants for high-end clients. Chadzar is the son of Ileite; both are Haddam’s slaves; Chad is being sold to serve as a security guard and valet for the emperor’s unruly and rebellious daughter. Chad and Ileite are Michaians, a race distantly related to the residents of the planet on which they live, pretty much against their will. Merren has offered Chad the loan of one of his own distinctive liveries, exclusive to the emperor’s service, and Chad is trying it on.

“The most difficult age,” Ileite remarked.

He smiled. “Actually, I think that was thirteen.” This line of talk, he thought, could lead him into trouble. Though Ileite and Haddam both chortled ruefully at his remark, evidently having enjoyed thirteen-year-old company themselves, he sensed he’d better direct the conversation away from the Kaina’s behavior, which surely had its moments. This mother sparrow worried about what her chick was flying into, with good reason.

“That sounds . . .” She was interrupted and Merren was rescued by Chadzar’s reappearance, resplendent in the borrowed livery. The mist-blue color made his translucently silver hair stand out in sharp contrast, in a way the standard gray slave’s livery did not. Even his eyebrows and eyelashes, Merren noted, were white. “Oh, my goodness!” she gasped, her eyes widening.

Haddam also looked a little wide-eyed. “Well, my lad,” he said, “you look. . .” he paused for the briefest instant, “very fine!” He smiled, and practically glowed with pride. Ileite blinked back an inchoate tear.

“Looks like it fits him pretty well, Merren,” the old man remarked.

“Not bad.” Merren stepped over and adjusted a loose area. “He’s got about fifteen years of filling out to go, if he’s going to catch up with me.”

Haddam chuckled. “Don’t overfeed him, or he’ll get there sooner than that.”

“Two workouts a day!” Chad exclaimed. “What else do we do?”

“Well…every day? Target practice. Weapons maintenance and training. Prep for whatever events are coming up. Two work shifts a day. And about once each SECONDARY MOON we host a pow-wow with the police for security, strategy, and intelligence updates.”

“We work with them all the time.” Ileite raised her eyebrow in Haddam’s direction. He ignored her. “When the Kai — or the Kaina, now — goes to a large event, we hire them as extra staff to help us out.” She making no reply, he added, “It’s good for our guys to spend some time with the hired help — some of us aren’t very comfortable with blacksuits, and it helps to be around them in less formal way. And I think it’s good for the cops, too, to see us as guys like them and not. . .” he shrugged.

Surprised, he looked up and straight into her unfathomable, saucer-like blue eyes. The creatures never blink, the thought came unbidden to mind, irrationally oblique to his annoyance. [disquiet, discomfiture, see synonyms] “Former felons,” he corrected her.

Ugh. Talk about “inchoate.” Most of this will unrecognizable if and when it’s finished. But what the heck: at least something is installed in little glowing digital characters…