Okay, so I finally stumble to the end of the current chapter. Never did recover the last scene that Word so kindly disappeared for me. However, what doesn’t make you crazy…makes you crazier, I guess.

So this is actually chapter 32, not chapter 30 as I remarked in yesterday’s grutch. You may want to catch up or refresh your memory by visiting chapter 31, or simply go to the site’s search bar (in the right-hand sidebar) and enter “Ella’s story,” which should bring up all the chapters. And then some, probably. 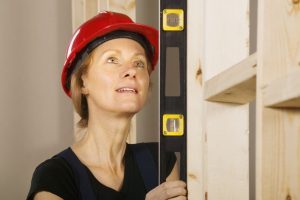 Sigi, lithe but tall and substantially built, walked around the perimeter of the room. Here and there she put a hand on a countertop, tested a weak-looking spot in a wall, ran her fingers over the grain of an old window’s trim. Ella and Dorin, the new doctor Darl in tow, stood by and watched quietly while she explored.

“This room is a lot bigger than I thought,” she remarked, mostly in Dorin’s direction.

“It was chuckablock full of junk,” he replied. “You couldn’t see the back wall from the front door.”

She glanced up from pacing off the length of the far interior wall. “What did you do with it all?”

“It was a challenge.” Her quizzical look elicited a chuckle. “Threw most of it out.”

“Good riddance, then,” she replied, a little distracted as she thumped a fist along a suspect wall. Ella expected she must be pleased to find she didn’t have to clean house before she could start working. “So, Darl: how do you want to lay out this place? What do you need, and where do you want it to go?”

Seeming to study the space, he looked flummoxed. “Not sure. I’ve never tried to do any such thing before.”

Sigi paused in her inspection. She could, Ella reflected, be a little intense once she got focused on something. “Well,” Sigi said, “it’s not so hard, brother. Let’s think about what you’ll be doing here. You would have people coming to talk with you, no?”

“Where will you want them to be? And what else would you be doing in here, besides talking to people?”

He paced stiffly across the room and stood looking around. “We’d want a waiting area over there, near the door, I expect.”

“All right. We can move the doorway, if you’d like. Or you can have more than one door.”

“In one and out the other?” 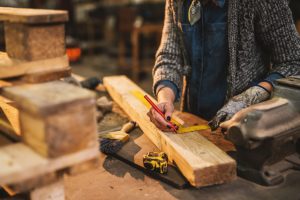 “I guess. This wall,” she indicated the long stretch of dirt-gray paneling that held a bank of cabinets and shelves, “backs onto the men’s quarters. If we had an entrance somewhere along about here,” she waved vaguely toward one end, “some people could come in without having to go out into the weather. Or…hmmm…” She stepped over to the door and looked out. “We could build a covered breezeway along the front. It would shade the front wall—that would be good—and people could come out through the servant house’s east entrance and pass along here, under cover if it was raining.”

A master of ambition, Sigi was, Ella reflected. The more elaborate she could make this project, the longer it would take to build it and the longer she would be able to stay on the estate instead of having to go into the city to work. Before long they’d have a hospital with half a dozen wards, no mere in-and-out clinic. Ella waited for Dorin to have something to say. Not a word, though, was forthcoming.

“So we have a kind of entry, greeting, and waiting area. Near a door. You’d need a room to talk to a person in private, yes?”

“An examination room, yes. And a separate consultation room would be good. So we can talk and they don’t feel so…vulnerable, hm?”

“And if I could have a small office or study space?”

“We can work that. What kind of storage do you need? How much stuff will you need to keep in here?”

“We have other storage space for things you don’t need right at hand,” Dorin said.

“Right,” Sigi said. “So we’ll just need to build space for things you use day-to-day. Plus of course the electronic gear.”

“So…that would mean bandages and dressings, a fairly standard set of medications. Products for tests. Some things I can do myself, some of it would have to be sent to a laboratory.”

“There’s no chemist in the village?”

Dorin shrugged. “I don’t think so. But the midwife there would know.;”

“She probably does whatever she needs herself,” Sigi remarked.

“Well. Yeah. They’re trained for that kind of thing.”

Darl gave her a dubious glance, then after an instant’s thought said, “That could be useful.”

“Do we have a water line in here?” Sigi peered under the rickety, time-worn cabinet.

“Nope,” said Dorin. “You can run a line off the service to the men’s showers.”

These people from the upper classes of Samdela, the rich ones of the remote south, were almost as alien as…aliens. Did he think midwives had no training? Had he ever even met a midwife? Possibly not, Ella speculated. She herself had never seen a doctor, one who had specialized training from a special center, until she was sent to Zaitaf. And that one was no Samdi. She was a Varn. An employee of the Company. And there for good reason: the equipment in those mine shafts could create some pretty spectacular injuries.

That woman—the Company medic—had three assistants, all of them prepared to help in the event of the next little disaster. They also dispensed all the routine health care required for a population living in low gravity.

But why, Ella persisted in wondering, did the kaïna imagine such a person was needed here? True, occasionally one of the estates had some kind of agricultural accident, usually involving heavy machinery. But the victims would be carried into Cinorra by air-car. That took time…but she’d never heard of anyone dying because of it.

A figure passed in front of the door, blocking much of the outside light that shone in through the open frame. Speaking of aliens, she thought. Chadzar, the kaïna’s Michaian head of guard, struck her as about as exotic as they come, with his snow-colored hair and the emerald-green eyes traced by white lashes, the long fingers, and those wide feet seemingly made for balance on ice and snow.

Yet somehow he seemed less…what?…less foreign to her than this new creature from the other side of her own world. More like her own: worker, brother in service. Unmonied, unpolished, unsheltered. Not that Chadzar wasn’t highly polished. He was, indeed, having been brought up in Haddam’s service to be some aristocrat’s valet. But in Ella’s opinion that was surface buffing.

He smiled and nodded respectfully in her direction. She returned the silent greeting, unnoticed (she thought) as his face lit up at the sight of Sigi.

“Hello,” he said to the new man, who looked up uncertainly. “We met in the mess hall a couple of nights ago. I’m Chadzar, one of the guard. Mr. Darl, no?”

“Eyah,” a Southern Samdi term. Would he ever fit in? “Mr. Chadzar, I recall…but I’m having a hard time with the names.” It would be hard not to recall one that looks like this one, she thought.

“There are a few of us,” Chad agreed. “It comes to you eventually.”

Eventually. This Michaian was a quick enough study, she reflected. True, Merren had been grooming Chad for awhile to stand in for him, in the months before the assassin’s bomb took his life and the Kai’s. But still…in a matter of seconds he’d found himself at the head of the remaining crew, and also pretty much constantly at the Kaïna’s side.

He’d taken things in hand, though, without a blink. Appropriately enough, since Michaian eyes seemed never to blink… An army of blacksuits had descended on the estate – they would have been there before he could have taken Rysha home even had she not insisted on going straight to the Central High Ministry. There she learned that her father was dead and his personal guard Merren mortally wounded.

Ella recalled her own astonishment at seeing her young mistress, barely more than a child, address the crowds of citizens who already had gathered below the ministry’s façade. That day…that day: it was hard for her to think about that day, though every minute remained vivid in her memory. Everyone on the staff had been called in off their jobs and confined to the servants’ house, though it had taken awhile for some who were working in the city to get back out to Skyhill. A few of those had been detained by blacksuits as they were trying to make their way home, but most got back inside the gates within an hour or two.

Varn kais and kaïnas did not speak to the people. They sang to them. And though Ella had heard her practicing voice and elocution, Rysha had never had a chance – or a reason – to stand on a balcony over the people, out in the open air with the vidsound equipment broadcasting her words and song. She was, after all, just short of eighteen years old. Chadzar, too, was very young. Tall and blue-suited, he stood behind her, his ice-white hair glowing in Varnis’s hot gold sunlight, seeming to co-opt the five menacing armed blacksuits who looked more interested in staring down the crowd than in heiress to a galaxy-wide realm.

To this day, Ella could remember most all of what the Kaīna Rysha had sung, the words she sang with perfection, sounding—impossibly—as though she were rehearsed. How did she do that? In the blood, so people said, as though one who was born to power were born with all it takes to wield it.

She sang to the people the same message, first in Varn and then in five other tongues. The Samdi came across to Ella as strong, clear, and plain. It was the language of the people. Surely not the [inflection] of this fancy doctor man, nor, for that matter, of her own lowly northern dialect.

Best, Ella imagined, to converse with this one in Varn, as much as possible. That would limit the annoyance factor.