Weeds cleared from the planting beds around the garden pond, Ella came to the end of the quiet tasks that made for an occasional break in her sometimes hectic days. Time to get back to work. She gathered the wilting intruders and tossed them into a compost bin.

The garnet blossom lay on the ground near where she had knelt by the water. She picked it up and gazed briefly into its blood-red depth. Its alluring perfume drifted on the air.

Ella crushed the flower in her fist and dropped it into the bin on top of the other debris.

Back at the manor house, she checked in with Tabit, Cook Lior’s wife and Skyhill’s chief housekeeper. Work was proceeding, Tabit said, “as per usual.”

That sounded pretty ambiguous, Ella thought. She climbed the broad stone stairway to the second floor, there to begin her own inspection of the morning’s routine activities.

Chadzar, the snow-colored Michaian bodyguard and valet, was not on duty at the station outside the Kaïna’s quarters. Nor, when she looked down the corridor formed when both doors at either end of the central meeting room stood open, could she see him at the station at the far end of the building, outside Rysha’s office and private meeting room. She hadn’t checked the day’s schedule for the mistress – she should have, admittedly – but knew if Chad wasn’t around, it meant Rysha was somewhere else, too.

She knocked tentatively at Rysha’s door. Receiving no response, she peeked in and found yes, the mistress was out. 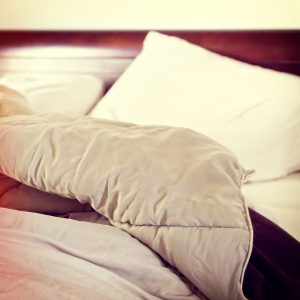 And no, the bed was not made, draperies were not pulled open, the night’s dishes not picked up, the furniture not freshly polished, the morning’s towels not replaced with fresh ones, the bathroom not cleaned, polished, or reprovisioned. And it was past mid-day.

This was Bintje’s job: second-floor maid service. Where was the brat?

Ella walked through the central meeting room, which occupied the middle part of this floor, and came out in front of Rysha’s private office. The suite had been Suhuru’s private quarters, mirroring Rysha’s at the other end of the building. But after he died, it was converted into a secluded work and meeting space for his daughter, presently the sole survivor of the Delamona dynasty.

Interestingly, this set of rooms had been cleaned. Or possibly, Ella thought, it simply hadn’t been used since yesterday. A faint fresh scent of cleanser told her that wasn’t the case. Bintje had been here, but had failed to visit the Kaïna’s living quarters.

What colorful excuse, Ella wondered, would the girl have this time? She passed her hand over a console on Rysha’s desk, which recognized her and brought up a scheduling calendar. Just now Rysha was in E’o Cinorra addressing the diplomatic representatives of the Sector 5 Governing Council.

Good. It would take Her Eminence awhile to get back to Skyhill, even if she went nowhere else. That would give Ella time to track down the truant maid, sparing herself the task of cleaning the rest of the second storey.

She coded the intercom to signal the kitchen downstairs. Lior’s broad, cheerful face appeared on the monitor.

“Have you seen Bintje lately?”

The cook pulled a blank expression. “Not since this morning, ma’am.”

“How about Dita,” the Kaïna’s personal maid.

“She’s helping in the laundry right now. Want me to call her?”

That was middling positive news: those two weren’t up to something together. If they were, it would have been a surprise – Dita was no great chum of Bintje. But Ella knew enough to put nothing past anyone.

“If you see Binnie, tell her I want to see her, will you?”

After bidding Lior a good afternoon, she pulled up the front guard post’s log for the day.

No: Bintje had not left the estate.

She glanced out the office window, which looked onto a large, formal garden of exotic flora. Two of the agricultural crew – both men – were grooming some strangely sculptured plants. They were alone.

Walking up an outside corridor, she checked the north side of the building through a long bank of windows: no Bintje loafing on the patios. Nor could she be seen out the windows of the Kaïna’s quarters.

Inside the slave quarters? Not in her room. Not in the atrium garden. Not in the meeting room with its big stone fireplace.

Near the back end of the building, the servants’ snack canteen separated the corridors along the single people’s and the married couples’ sections. There she found her quarry, parked in front of an active vidspot and munching on some crispy, pungent air-roasted red-vine beans.

Give me strength, Goddess, Ella prayed. With a wave of her hand, she shut off the noise. the vidspot went blank, invisible against the wall’s glowpanel.

“What are you doing?” she demanded.

“I don’t feel good, boss.” Ever so slightly whiny.

“That’s too bad. But it’s not getting the work done.”

“I’m sorry you don’t feel good,” Ella said, though not inclined to relent. “That’s part of getting pregnant. You’ll live through it. And while you’re living through it, you need to finish cleaning the second floor.”

“I threw up,” Bintje protested.

“You did . . . when?” Ella knew the girl had been sick in the morning but expected she should have come past it after a few hours.

“Just now.” The barely perceptible pause and the handful of spicey snack morsels gave the lie to that. Ella had to restrain herself from laughing aloud.

“Did Rizana give you anything for it?” Rizana: the midwife who operated out of the village a few miles to the west.

Maybe the Darl thing wasn’t such a bad idea, she reflected fleetingly. She could hardly wait to foist this one onto him. Think you’re in pain now, brother? Just wait…

“Uh huh. Why aren’t you eating those?”

“I wanted to save them for mornings. Just anything to eat helps. Later in the day.”

Was there ever any question? “Back over to the house right now, sister. Get to work cleaning the Kaïna’s suite. And this time do it right. I don’t want to hear her asking me where her face soap is again.”

“Now. Get going. And don’t miss the corners!”

Bintje dragged herself to her feet as though she were bearing the weight of full-term triplets.

Not until the prospective mother lumbered out the door did Ella permit herself a dry chuckle. The drama in full swing, well short of three months: this was going to be a long opera. 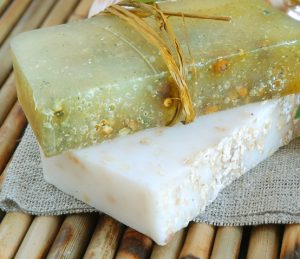