Well, she could hardly paint Bintje’s wagon black, given her own flair for inflicting headaches on her overseers, back in the younger days. How many times, she wondered, did Bohtil contemplate wringing her neck? And what possessed Vighdi to put up with her at all, much less coax her along through all those lively, duplicitous months and years?

Vighdi. If she wasn’t a saint, then she was truly in love. Misguided love, one could argue.

Surely, though, never as misguided as her own. 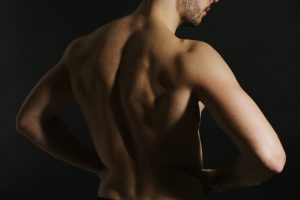 By the three-spirited goddess of Dawn, he was a gorgeous thing! Should she have known better? Obviously. Did she care?

She should have picked up the danger signal that day in Takrai when Haidar was introducing her around the freighting and lading offices. Meeting the staff who cranked out the river of requisitions, invoices, and receipts that flowed through her books was useful, even interesting. At some point, after the division superintendent had given them a tour of the cavernous workroom and then the two had paused for a pot of almost flavorless ywird tea, the subject of Lohkeh came up.

“He is?” Ella was startled. “How can that be? How could you stay in the life when you’re locked up here?”

Haidar gave her a look that Ella interpreted as condescending, almost pitying. “Sister,” she said, “your oath doesn’t go away just because you do.”

You’d think I’d have been smart enough to register that, she reflected. She poured herself a mug of iced water and juice from the canteen’s coldbox tap. Young and dumb. Just like Bintje.

Sometimes, though, she thought it was almost worth it.