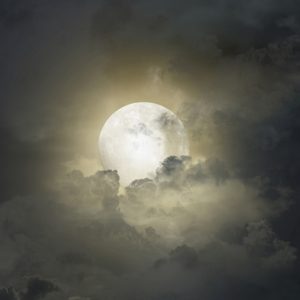 She lay abed, wide awake long after curfew. The rest of the day had gone according to routine: long, busy but pleasantly satisfying.

She’d organized the next day’s house and field chores and then assigned them to her women and couples. Checked the schedule for the contract workers who had jobs off-campus. She had a chat with one pair who had hit a rough patch; listened to them argue, advised, reassigned tasks, tried to discern what the real issue was, or if there were one. Did some bookkeeping. Rode herd on the little kids for awhile, long enough to give their teacher an afternoon break. Tended the atrium garden, tidying flowers and turning over soil – for her, its own break. Inspected the manor’s housekeeping from basement to third story, chatted with the head housekeeper over hot tea. Put in orders with several suppliers for the provisions the housekeeper said were needed; entered these in the records. Counted workers returning from off-campus, checked them all off the roster. Listened to Sigi, the carpenter, explain why she should take two or three days off from her contract job to do some repair work at Skyhill. Put off agreeing to this. Helped shepherd small children to the dining hall to reunite them with working parents; silently checked attendance over dinner. Spent part of the evening socializing with (and watching out over) brothers and sisters around the patio firepit. Shooed a pair of moonstruck teenagers back into the light. Herded all her charges to their sleeping quarters and then, at lights-out, checked each cubicle to be sure the occupants were present and bedded down.

She should be plenty tired. But where the hell was sleep?

Somewhere down the hall a woman snored. Jeenan, Ella guessed. Remember to remind her to take her meds. Yet in the darkness, the bass tchida-ditta-tchitta-tida serenade of a lonely male tittlebug sounded louder than Jeenan’s eloquent breathing. From up toward the married couples’ quarters came a muffled giggle. A baby woke and cried briefly, then quieted. Outside, a ring-tailed tree bat emitted a distant squall, as if in reply to the infant human.

Feeling too warm, she kicked the covers off. A few minutes later, she pulled the blanket back over her shoulders. Damn!

It brought it all back, this Darl thing. 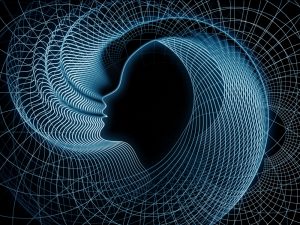 She was only 26 when the bastards reeled her in. Truth to tell, she’d had a fairly good run. She’d started with the Syndicate at age 17 and had been in the life since she was ten or twelve, depending on how you looked at the “life.”

She was good at what she did. Always good at it. That made a point of pride for her. And for about anyone who employed her. At 26, she was doing the hiring, a mid-level lieutenant for the Band that ran the Galilu and Janan districts in the northern part of Tahana.

Never killed anyone though.

Watching that man groan and squirm in pain, the burnt bands the cooker seared around his wrists and heaven only knows what unholy damage going on inside his body… God! It made her own muscles tense and twitch, just thinking about it. About him. It made the scars around her own wrists sting.

And how did Dorin and Bis get him all the way out here, in a little hovercar, from the government slave market – way to hell and gone on the other side of the city – with him in that condition? How did they stand it? How did he stand it? How did it not kill him?

She couldn’t imagine what would possess the blacksuits who ran the whole torturous process to have put him out for sale on the floor of the main market after…what? Did Dorin really say two days? No, less than two days? She wasn’t sure how long she’d been kept cosseted in a Recovery Center bunk, watched over and tested and washed and watered and fed and even sometimes comforted. But she figured it was at least a week. Probably ten days.

The faint ghost of Dorin’s desk light, bouncing off the walls and polished stone floor of the hallway that ran across the long side of the family quarters between his room and her own, at the top end of the women’s quarters, glowed dimly under the door drapes. She saw it go out.

He must have had paperwork to do before he could go to bed. Or maybe he lay awake, too, trying to unwind.

Time to go to sleep, damn it.

She burrowed under the blanket and determined to close her eyes.

Moonglow shimmered through the window. It spread across the bedcover and poured onto the floor.

Now that she was old, no one expected her to act like a vulnerable young girl. She wasn’t vulnerable back then. But now sometimes she felt that way.

She still ached all over her body that morning when they marched her out into the market. A vast, high-ceilinged room, glaringly lit by acres of overbright glow-walls, spread out below her and the blacksuited guard who pushed her forward. Rows of raised platforms, each about ten feet square, stood in files, line on line. Narrow aisles divided these on all sides, tracing pathways at right angles throughout the building. Each platform had a cot, a small table with a pitcher and a mug, and a stool. About half to two-thirds of the sites were occupied, most by a single person, some by couples, a few by one or more adults plus a child or children. Each was secured to his or her platform with a loose, rope-like line locked to an ankle cuff. The air resonated with the racket of voices echoing off hard surfaces from all directions.

Ella balked at the sight.

“Come on now,” the woman behind her said. “Let’s go—it’s not much further.”

She felt a hand squeeze her shoulder and heard a voice speak into her ear, so quietly she had to pay attention to follow the words: “Don’t worry: you won’t be here very long.”

“Of course you can.”

She looked at the woman, who was watching her calmly. “How long does it take?” she asked. “I mean, before someone…gets you?”

“Depends. On who comes along, I guess: a few hours, sometimes. A few days. Maybe a few weeks.”

“You don’t have to do anything. You just wait. But trust me. You’re young. You’re healthy. You have skills. And you don’t have any kids in tow. People will jump to buy you.”

The hand tightened on her shoulder. “Stop that.” The voice stayed low but firm. “You’ve been through the worst of this and you’ve done just fine. Will you be my good woman now, please?”

Hot tears welled up in her eyes. She blinked them back as she shook her head, “No.”

“What? Just once this time?” She pushed back the tears with the crack.

A smile crossed the woman’s broad, unvarnished face. “Sure,” she said.

Even if she couldn’t speak, Ella couldn’t resist smiling back. The other woman’s grip softened and she felt the strong fingers rub sore muscles between her shoulder blades.

“Come on, then. We’ll find you a quiet place where you’ll have a little peace. And I’ll check on you a couple times a day. You’ll get through it all right. Trust me.”

Never trust a blacksuit. It was a fundamental rule of life.

Zaitaf, just now in its fullest phase, crept higher into the dark, clear sky. Bright, gold-tinged white light shone in through the cell’s small window and laid a square on the floor like a luminous glow-wall. A shining rug, as it were.

Zaitaf. Weird, how she missed it, that claustrophobic, air-tight settlement the Varns called Ethra. She wondered how Vighdi was doing – did she get the promotion she’d been angling for? Did she have a new lover yet? No…how long had it taken Vighdi to find someone to take her place, that was the question. And Bhotil. Was he still there, running the show? Or had he also moved on? Maybe he was on Varnis by now, who knew?

Dorin, in his position as the Kaïna’s overseer, no doubt could break into the colony’s personnel records. If he couldn’t do it himself, he knew the right strings to pull to get someone else to do it. But Ella, a step below him in rank as steward, didn’t have that kind of authority. Or access to government databases. She wouldn’t think of asking him. It wasn’t any of her business, after all. Nor, for that matter, of his.