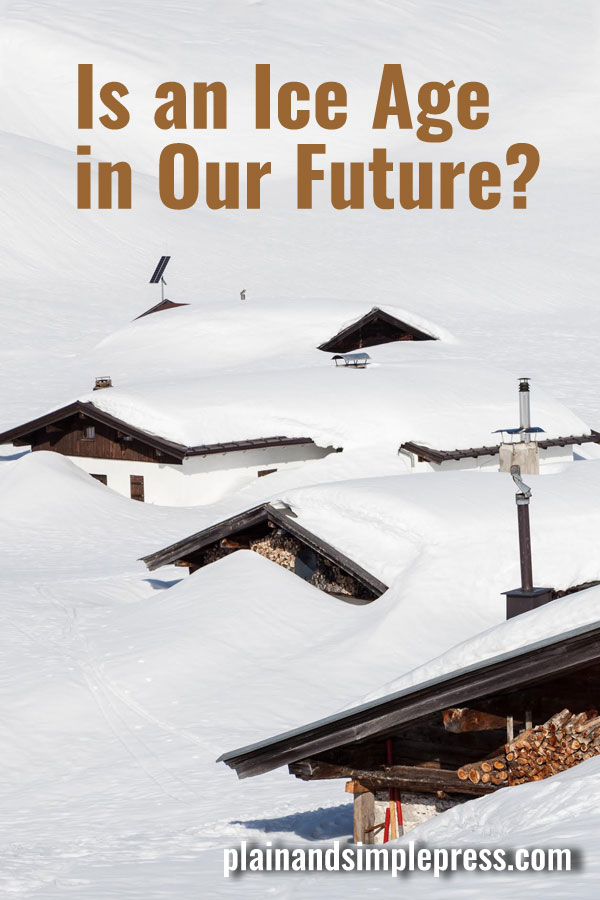 Well, yes. In a word: yes. The future history of America and our descendants may very well include a one-two punch: extreme human-caused global warming followed by an ice age, complete with the return of huge glaciers and deep cold.

Duke University Professor Hadley Cocks explains why this is not a “maybe” sort of thing. About 2,000 years in our future — the very time in which our hero Kaybrel of Moor Lek flourishes! — a new ice age will overtake the globe.

But won’t all this global warming keep the earth warm even if it wanders a little further from its star?

Well, in a word: no. Our stash of fossil fuels will run out in about 300 years. After that, the carbon dioxide that pollutes our air and water will be absorbed into the seas and locked up in newly forming carbonate minerals.

“Such processes won’t be offset by the industrial emissions we see today,” says Cocks, “and atmospheric carbon dioxide will slowly decline toward preindustrial levels. In about 2,000 years, when the types of planetary motions that can induce polar cooling start to coincide again, the current warming trend will be a distant memory.”

So the world we see in Fire-Rider — an imagined “future history” — is not at all fantastic. In fact, it describes the future of humanity, at least in North America, pretty accurately.

“Nature is as unforgiving to men as it was to dinosaurs,” Cocks reflects. “Advanced civilization will not survive unless we develop energy sources that curb the carbon emissions heating the planet today and help us fend off the cold when the ice age comes.”