We’re delighted to announce publication of the first installment of the Fire-Rider saga. Book I, A Gift for the Kubna, sets the scene in a post-apocalyptic, ice-age world populated by the survivors of the collapse of the Mercan  Empire, a legendary extinct civilization spread around the globe by the long-dead Old Ones.

Their descendants live in a post-literate, feudalistic agrarian society, struggling to survive and locked in an unending war between Hengliss northerners and Espanyo southerners. Book I joins the Hengliss war bands of Okan and A′o allied under the brilliant Okan Brez Lhored of Grisham Lekvel, as they celebrate their triumph over their enemy at Roksan. As the sacked city burns to the ground, Kaybrel, the powerful and dangerous governor of an Okan province called Moor Lek, comes into possession of the orphaned Tavio Ombertín. Despite his intense dislike of Roksan and everything it represented, Kaybrel decides to take the youth under his protection as his camp boy.

Cover art is by Gary Bennett,, a Southwestern fine artist who served as art director at Arizona Highways magazine during its glory days, when I also had the privilege of working there. 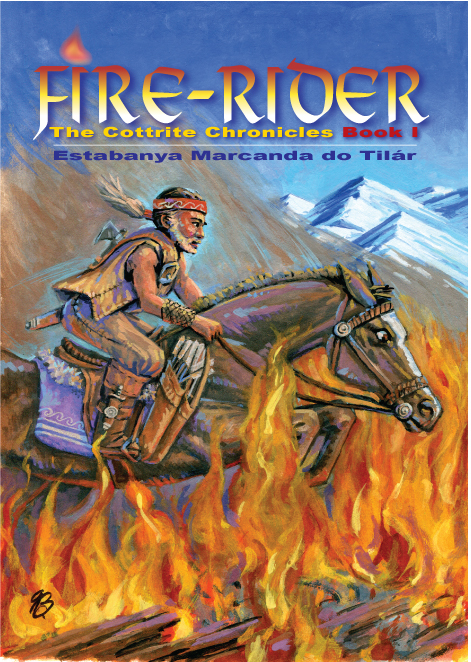