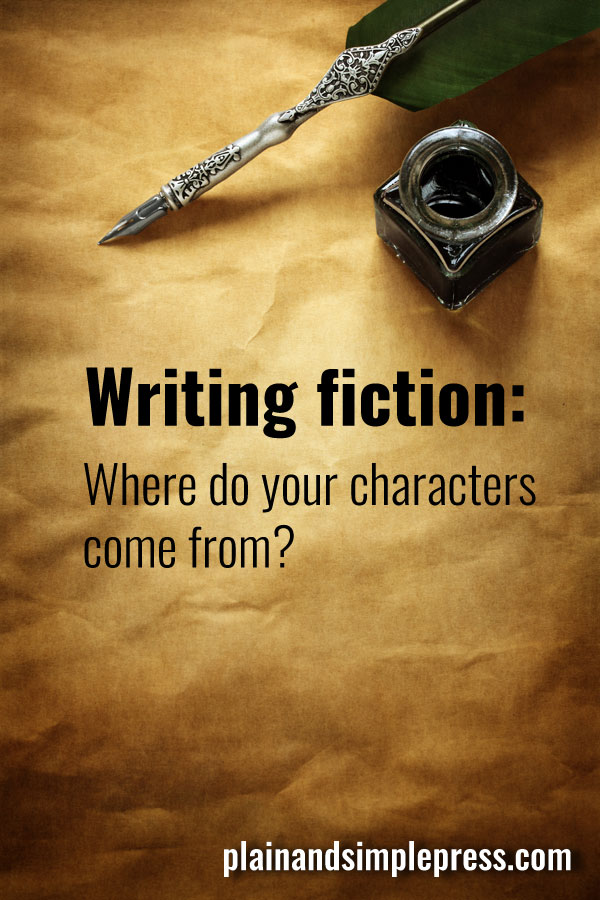 Where do the people in your fiction come from? Do you even know where they came from?

I have to admit that sometimes I have no idea. Fire-Rider, the first of several soon-to-be-published stories of an invented world in the far, far future, teems with characters who bear no resemblance to anyone I’ve ever met or even read about. Homicidal warlords and foot soldiers, powerful ruling women and their sister wives, a boy prostitute and a prosperous madam, a tribe of young refugees unhomed by ceaseless wars, a woman hunter and trapper, the foreman of a vast ranch-like estate, a healer who’s also a warlord, a wandering teacher and bard…whence did these people arise? 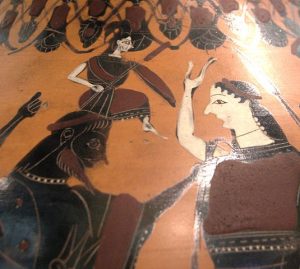 Athena springs from the head of Zeus

Well, out of the writer’s mind, obviously. Often I think that each character is a fragment of the writer’s consciousness, some part of her or his own personality in some way hidden until it pops out, full blown from the head of Zeus, and materializes in the form of a new (albeit imagined) human being.

Other times I think, “That is just not possible!” These people do things I have no experience with; they know things and say things that I could never know or say. I have to do hours of research to envision some kind of understanding of their world, their lives, and their loves.

Is there ever a real-life model for such characters? 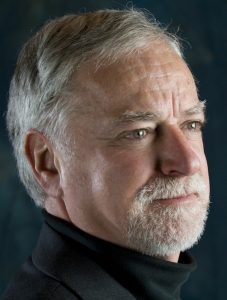 Occasionally. Just now I’m writing a chapter in the first-person voice of a character who’s a kind of public intellectual, to the extent possible in a time when almost no one can read or write — that would be the wandering teacher and bard. After Hapa Cottrite coalesced in my imagination, I realized that he resembles one of my editorial clients, an international banking CEO and long-time ex-pat with a sharp mind, broad curiosity, and zest for living among foreign peoples. Once that dawned on me, I began to model Cottrite explicitly after this man, to the extent that their moods, outlook, and even physical appearance are similar.

But most times, there’s no visible connection between a character in one of my tales and a real-world human being. They don’t resemble anyone I know, because no one I know lives in a reimagined analog of the European Middle Ages amalgamated with life in medieval Mongolia.

Probably they’re modeled on what I know about life in the medieval period and about the world-view of people who inhabited that world. That’s considerable: before I finished the doctorate in late Elizabethan and early Jacobean English literature and history, I wanted to specialize in the medieval period. So, I took quite a few upper-division and graduate courses in medieval literature (this stuff comprised both British and continental works, because my undergraduate major was in French). And I still edit scholarly works of medieval history.

Some pretty heady stuff went on during those times. And it was weird. If you or I could magically step through a time warp and come out in 1250, we would feel like we’d landed on another planet. That’s how different those people were from us. 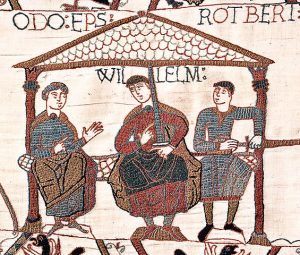 William the Conqueror and his two half-brothers

So I suppose you could say the Fire-Rider characters are sort of “modeled” on what I happen to know of a typical medieval warlord, informed to some extent by what I’ve learned about Mongol warriors of Genghis Khan’s time. That’s pretty broad. And since no two of these characters are the same, it’s hard to say where their individual personalities came from.

The women’s roles, however, are completely re-imagined and warped. Never in human history have women, aristocratic or otherwise, done what Fire-Rider‘s women do. In their cases, I’ve had to invent, invent, and re-invent. Even to imagine what they look like, to say nothing of what they get up to, requires a great deal of focused, concentrated work.

Maybe we could say, then, that our characters come out of our experience, learned and observed, and out of our invention, purely imagined.

Or maybe they spring from the head of Zeus?

When you’re ready for an editor or publisher, contact us.