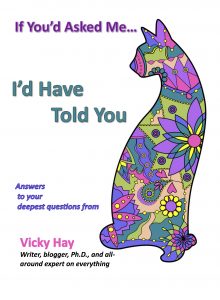 So, Facebook having royally screwed up my marketing plan by unfairly banning me from its sacred environs, I’ve had to come up with new avenues to bring the golden words to the public’s attention. The new plan will require me to move the copy I’ve posted here as *FREE READS* to other platforms.

And that will require me to delete said copy from Plain & Simple Press, in order to avoid duplication. The desirable platforms explicitly ask that contributions not appear elsewhere.

Truth to tell, it was highly iffy to publish each chapter as a blog post and then to merge them  into coherent books (Ella’s Story, If You’d Asked Me, and The Complete Writer), each in its own web page. I do not know whether Google has zapped me for doing this, but I expect if it hasn’t, it soon will. 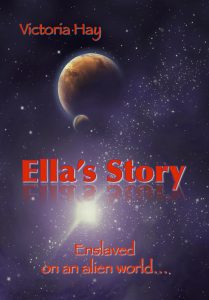 It takes about two weeks for Google to register published copy as not published (so I’m told, anyway). So what I will do is begin taking copy down, a chapter or two each day, beginning today. Then about two weeks from the take-down date, I will re-post these chapters at Medium or at The Writing Cooperative. Gradually, then, all the content will eventually move to the new platform.

I’ll post announcements of these moves here and on Twitter — that is, I’ll let you know exactly when a given chapter-in-transit reappears at the new platform. If you want to follow me on Twitter, follow me as “Funny about Money,” not as “The Girls”: @FunnyAboutMoney 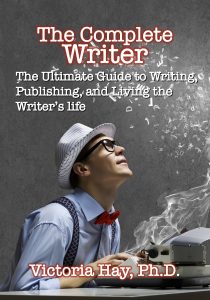 For the nonce, though, I will remove one or two chapters at a time, starting at the beginning of each book, on the days that I publish a new chapter for that book. For example, on Friday — that’s tomorrow, already! — I will post chapter 15 of The Complete Writer, and I will also remove TCW‘s first two posts from this blog, comprising chapters 1 & 2 and chapter 3. In 14 days, when those chapters begin to appear at the new site, most of the old content will be “disappeared” from this site. Since I’ll then be two weeks ahead of myself, after that I should be able to delete one chapter at a time until I run out of content.

The books will have to come down, too. I will remove them on Saturday, replacing the content on their respective pages with a description and an offer to share the content-in-progress in PDF format. So you have about a day and a half to download that content, if you care to do so.

This is going to create a huge hassle, and to the extent that this site has readers, it will undoubtedly cause a reader hemorrhage. I do know a number of people are following Ella’s Story, and I apologize to you for the inconvenience. I invite you to rejoin the story at its new venue.

And yes, if I could afford a lawyer you may be sure I would hire one. I’ve looked for a class action suit to join, but so far have found none. One report claims that 22,000 people have provably been banned from Facebook unfairly, but apparently that is not a large enough class to support a lawsuit. Too bad.

However, it’s not all doom and gloom. Medium has far more visibility than either Funny about Money or Plain & Simple Press. Apparently contributions appear on its front page briefly, giving you a shot at catching the attention of a reader or two. Ultimately this may turn out to be a good thing.

Meanwhile, it’s already resulted in some benefit in terms of fleeing the cobra’s stare: this past week instead of plopping down in front of the computer and fooling around with Facebook every damn morning, I’ve turned out with the dogs at dawn for a mile-long run. As of today, that comes to eight (8!!) health-enhancing miles of running.

Clearly, Facebook is not only bad for your nation’s body politick, it’s bad for your health. I can’t avoid Facebook’s unwitting (we hope) deconstruction of America’s democratic republic, but I sure can avoid letting it glue me to a computer screen until I turn into a cardiac invalid.