Hot diggety! My latest magnum opus, The Compleat Writer, is just about ready to go to press! Woo hooo!!!

I’ve been working on it around a river of paying work that — never fails! — has been flooding in the door. It never rains but it pours around this place.

Long dry spells are interrupted by three- and four-week spates of 18-hour days, seven days a week. A brief break in that deluge (yeah: like one day) freed up enough time to finish formatting the book for print. So as of about 3:00 this afternoon, it’s about ready to go. 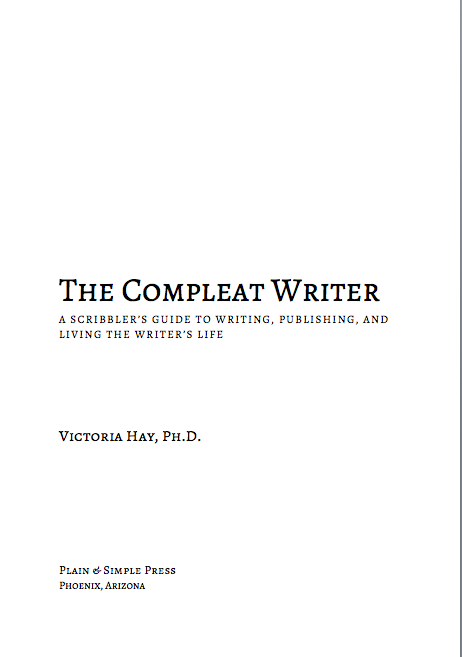 Still working on the cover, though. Not thrilled with the first effort, nor do I think the second choice of images is very promising, either.  Here’s a screen grab of a rough draft: 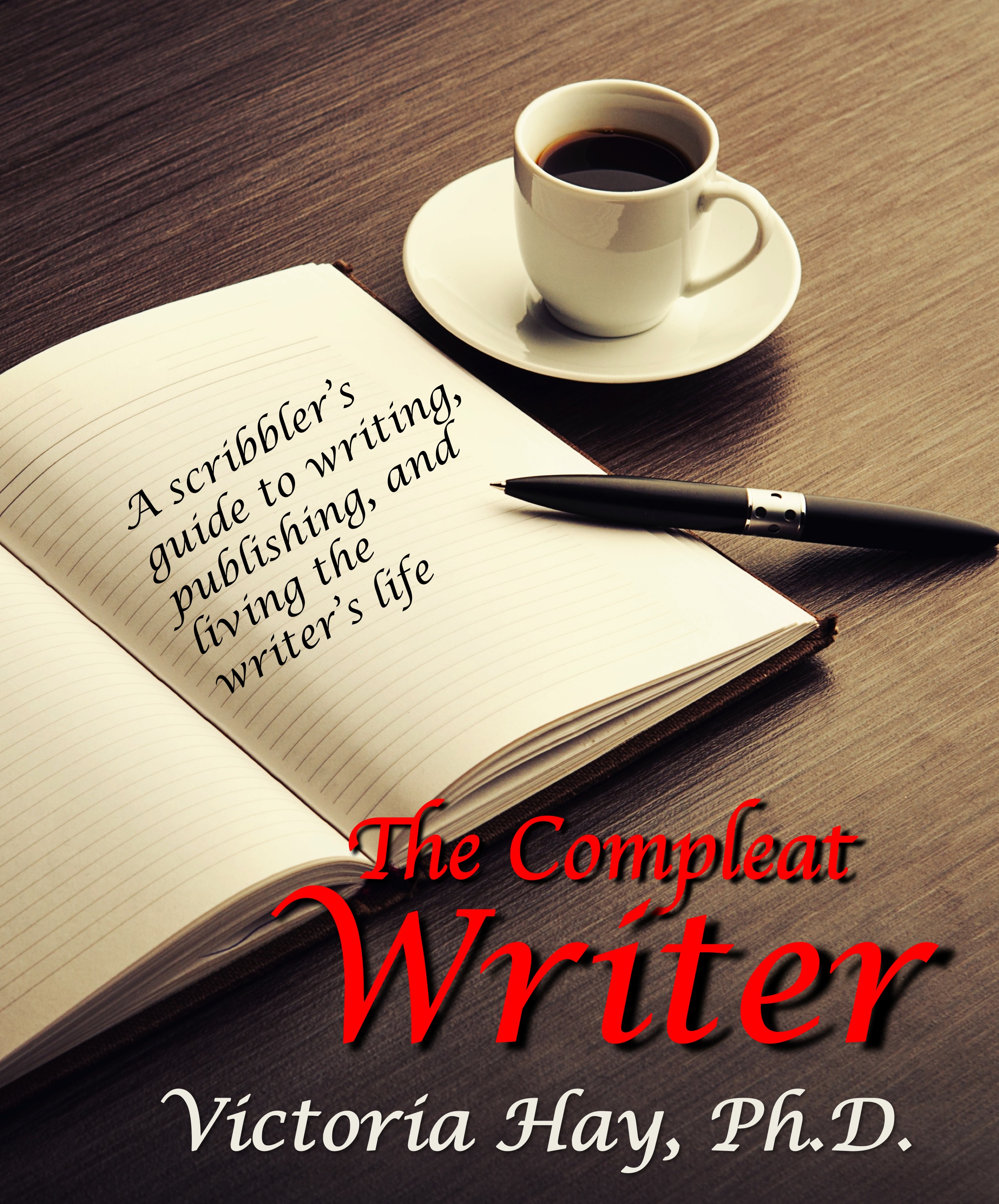 Meh!  My software won’t let me create a curvy effect for the subtitle pasted over the blank journal page, so it looks pretty sappy. But…even if it looked just like it was written on the page, I’m not ecstatic about the thing.

The image below elicited an admiring comment from a blog reader who thought it was for the cover. I like the image (both are from Shutterstock). But I’m afraid it’s so busy that coverlines will get even MORE lost in it than in the wood grain in the photo above. Which is already plenty lost, thanks. 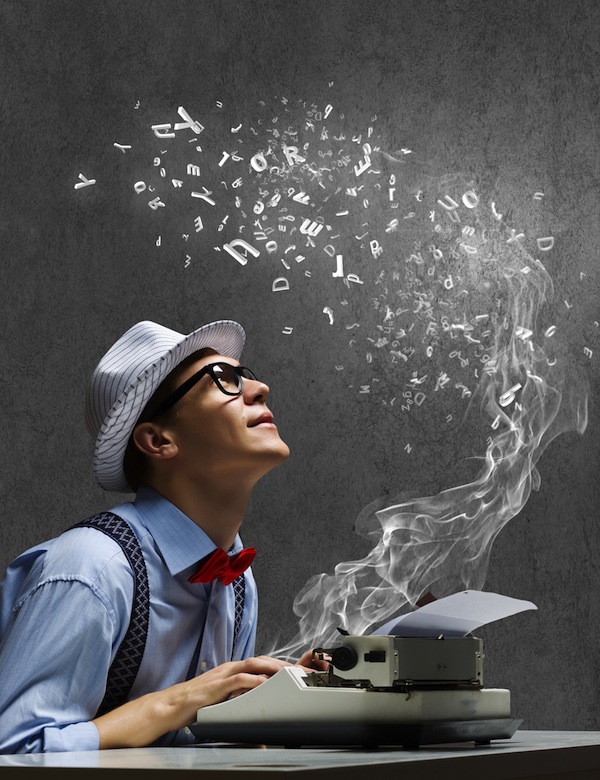 It has its charm, though, doesn’t it? But…I dunno…it just doesn’t look like it would have enough room for coverlines.

But…one could reduce it, frame it with black or…gray?? red???…and set the coverlines outside the image. I guess. Will play around with it when I have time.

This is a cover-all-the-bases book. I managed to reduce the length to a little over 300 pages by cutting as much as possible and using a 7-x-10-inch template. I think it’s going to work pretty well…and it DOES measure up to its “compleat” title! Check out the table of contents:

Alas, WordPress won’t let me paste a table into this page without making a hash of it, so if you’re interested, click on that link to download a PDF.

It’s going to contain a lot of information for people who want to write and self-publish their golden words. The book targets a wide range of potential readers:

When I came up with the idea for The Compleat Writer, the plan was to create a book that I could give to my editorial clients at The Copyeditor’s Desk. At the outset, most of my clientele consisted of academics, nonprofits, and small businesses who publish through scholarly or traditional presses. Over time, though, more people have asked me to help prepare books—fiction and nonfiction—for independent publication on Amazon and waypoints. Now, most of them are business and nonprofit executives and indie publishers.

Truth to tell, I haven’t even decided whether to post this thing on Amazon. I may sell it only through my website and give it to people at venues where I speak. The plan is to hustle up a bunch of speaking engagements and then show off this book as evidence that I know what I’m talking about.

And…I do know a couple of presses that would probably pick it up, if I sent the right pitch. It basically brings my second book, The Essential Feature, published by Columbia, into the 21st century. That book actually sold pretty well and is still returning some royalties, but about half or three-quarters of it is out of date. No one ever heard of a blog at the time I wrote it…for that matter, the “Internet” was defined by AOL.

So I think an update would probably sell to a real-world publisher. 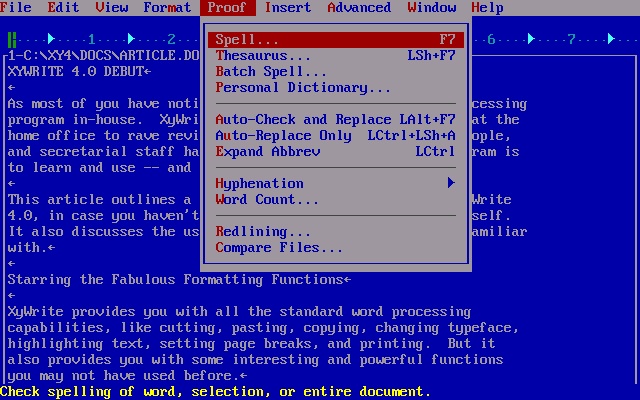 Can you imagine? I wrote The Essential Feature in XyWrite! Bet some of you young pups never heard of XyWrite…  It was a pure ASCII program, incredibly easy to use and, for the day, amazingly powerful. Assuming you knew DOS, that is.

Anyway, if it appears on Amazon or Smashwords, obviously no real-world publisher will pick it up. But I probably can get away with producing a few bound copies, as long as I don’t advertise them too extravagantly on the Internet.

My feeling is, though, that I don’t much want to wait two years to get print copies of this thing. It’s intended as a marketing tool, and that’s what I need it for. The Copyeditor’s Desk could comfortably increase its workflow by about 50% to 75%. That would keep me and my hired help in shoes and socks and create enough income, reliably, to cover the overhead. When you send a manuscript to an academic press, they send it out to peer reviewers, who take their sweet time reading it. Then you have to dicker back and forth about their critiques, sometimes rewriting and sometimes having to put up a fight to demonstrate that some half-baked remark is…half-baked. It takes forever.

Of course, the product is better. But…two or three years, when I can post…uhm, “publish” the thing on Amazon in 20 minutes? It’s not like this book is going to help me get tenure! 😀

Actually, one of the book’s arguments is that under some circumstances, self-publishing is a better choice than the traditional route. This would be one of those circumstances.