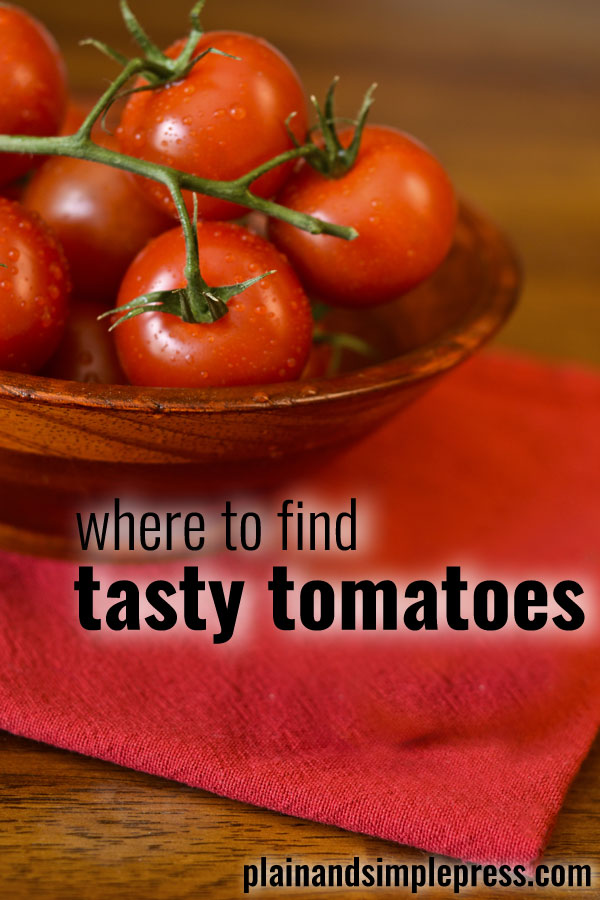 Many Americans rarely taste a truly glorious tomato, thanks to industrial agriculture innovations. Instead of one of the great  joys of life, we get tough-skinned pinkish balls that don’t bruise in transit and taste a lot like cardboard. Unless you have a green thumb, you probably don’t get many chances to taste real, vine-ripened fruits of the tomato vine.

But if you watch carefully and shop in the right stores, you can find one variety that tastes a lot like real tomatoes are supposed to taste. Larger than a cherry tomato but not as big as the ersatz “vine-ripe” type whose single slice would fit on top of a hamburger patty, these are often sold under what appears to be a brand name, Campari tomatoes.

They’re packed in plastic boxes, and they look like this: 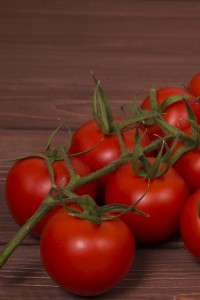 Sometimes you’ll find a similar-looking variety called a “cocktail” tomato. These are also fairly convincing, as grocery-store tomatoes go, but they’re not as good as the “Campari” type.

Costco carries Campari tomatoes, as do Whole Foods and, in these parts, a local chain of gourmet grocers. Safeway and sometimes Albertson’s often have cocktail tomatoes. Because they’re fairly small, you need more of them, but they’re definitely worth it.

After slicing tomatoes, sprinkle a very small amount of salt over them and let them sit a few minutes before serving. It richly enhances the “tomato” flavor of tomatoes.

I love tomatoes and include them in many 30 Pounds/4 Months recipes. They’re practically devoid of calories, and they add a fine summery flavor to savory dishes, and even to some sweet ones.