This book is work in progress. You can buy a copy, right now, in PDF format, or, if you like, as a paperback. For details, visit our home page or send a request through our Contact form.

If You’d Asked Me, I’d Have Told You…

What on earth is this?

So I’m sitting at the mechanic’s garage, waiting for his guys to change the Dog Chariot’s oil, check all its various hoses, connections and whatnots, and generally cooling my heels. I’ve brought some work to do, but somehow my mind resists focusing on the job of turning Chinese-tinted math treatises into publishable English. The computer snoozing at my side, I turn to a stack of small books lurking on the vintage Goodwill coffee table with which Chuck has decorated his waiting room.

They are, it develops, light and entertaining collections of a single author’s bons mots: some of them funny, some sentimental, some touching, some more or less inspirational.

Saleable, think I as I study the things. Highly saleable. And then the light dawns in the dim recesses of the writerly mind: I already have a bunch of squibs like these! I happen to write for a social media site called Quora. There, members from all over the world pose questions – some in earnest, some silly, some apparently the products of drugged or fevered minds – and other members entertain themselves by answering them.

Herewith, then, If You’d Asked Me… Sassy, staid, off-the-wall, matronly, bitchy, conservative, liberal: with you I share the wisdom of the ages. The ages of a very long life. Enjoy!

Section I
God Is Great, Beer Is Good, and People Are Crazy

1. What’s the weirdest thing a guest has done at your house? 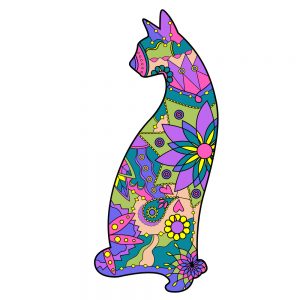 When I was finishing the doctorate, I got a grant that covered about three months of research time in England. My husband decided he would take a sabbatical from his firm and come with me.

We had a beautiful home in a historic district, and we had a couple of cats. So we needed someone to house-sit while we were gone for such a long period. The office manager at my husband’s law firm volunteered to do this. He had house-sat for other people and was known to be reliable and trustworthy.

So off we go, and this gent is left to take care of the manse.

A few weeks later, we hear from one of the partners: The guy had gotten drunk and, en route to a restaurant about 20 miles out in the desert, had missed a curve, flown off the road at a high rate of speed, and killed not only himself but two women who were in the car with him.

One of the partners had a couple of cousins, two young women, who were in town for some damnfool reason—why, I do not remember. He suggested we put the girls up in our house, so someone would be there to feed the cats and fend off the burglars. So we agreed to this.

Fortunately, my father (who had been around the block a few times) was in the offing and decided to keep an eye on the pair.

When we got back, he was supposed to pick us up. Instead, his wife showed up at the airport. She said he was staying at the house because they had decided the two girls were going to rip us off: they believed their boyfriend was planning to come back and burglarize the house the minute the girls left. So my father was staying there to guard the place. He urged me not to leave the house until the locks could be changed.

Well: boyfriend didn’t show up while my father was there. I thought my father had gone off the deep end.

Boyfriend did surface several hours later. When he appeared at the door (he rang before sticking the key in the deadbolt), I told him to take a flying f*** at the moon, and (amazingly), he crawled back under his refrigerator. We changed the locks.

Now we learned that the girls had found the car keys, taken my husband’s Mercedes for a spin, and dented it. They had stolen checks, forged one for a hundred bucks (this was the 1970s, when a hundred bucks was a fair amount of money), and tried to cash it. Fortunately, in those days our city was still fairly small, and the bank manager knew my husband well enough to suspect a scam, and so the bank refused to fork over the cash. Because they’d made off with a whole book of checks, we had to close our bank account and open a new one with a new account number.

We had arranged to have the house painted while we were gone (thinking the house sitter would be at the office most of the time). The cat was coated in paint.

They had taken it upon themselves to use my largest, most wildly expensive Le Creuset Dutch oven to make popcorn, which they burned so solidly to the bottom of the pan that it could not be salvaged—I had to throw it out.

They stole a suitcase, which they presumably used to pack some of the other stuff they stole.

We had other wacky experiences with other house-sitters—like the one who was sitting when a sickly cat (different cat) finally died. The young woman was all upset. She was SO distraught that her boyfriend, who happened to be a relative of our vet, put our vet up to performing an autopsy on the dead cat!!

When we got back, the vet presented us with a bill for some brain-banging amount of money for having cut up the cat, discovered that yes, the cat died of the congenital disease we knew was someday going to carry it off, and assured the lady that the cat’s demise was not her fault.

2. How can I seem less arrogant to people who are less intelligent?

In my experience, the sure-fire strategy is to get them to talk about themselves and then listenwith sincere interest to what they say. Do not tell them what you think; ask them what they think. Do not tell them about your extraordinary life; ask them what they do. Ask them leading questions to bring out more conversation about themselves: “What did you major in at Podunk State? What was your favorite team in college (or high school, or whatever)? What did you like best in that last Star Wars movie?”

And for hevvensake, NEVER ask them what they think of Donald Trump!

Make this approach a habit, and they’ll think you’re the soul of humility. 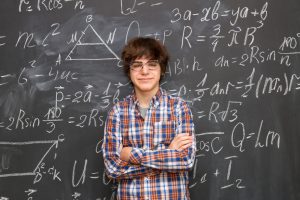 Hard to be humble…

3. What is the most badass comeback you’ve ever heard?

For many years I dated a man who prided himself at being . . . shall we say, an artist at frugality (not to say “a cheapskate”). Among his many frugal tastes was the type of wine that might best be called “plonk.” In his mind, the cheaper the wine, the finer the vintage.

One day I had a BYOB party, to which everybody and his/her little brother were invited. My best friend showed up—after having passed through a lengthy hippy period, she had matured into quite an elegant woman, with a good job that paid a very good salary. She had grown up in central California, and though her family was not wealthy she did know about mid-range California wines.

She and her boyfriend had brought a bottle of wine, which they soon consumed.

Seeing their predicament, my boyfriend gallantly offered her some of his. To my amazement, she accepted. She took one sip of it and then gazed up at him with her wide, spectacular brown eyes.

“Did someone sell this to you as wine?” she asked.

4. Who personally loses when you rob a bank?

You. You end up in jail, making you The Biggest Loser. 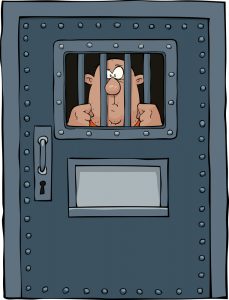 5. I volunteer at a hospital, but none of the doctors have any high-end cars. Why?

When she’s not in the operating room…

It’s my understanding that doctors don’t earn as much as they used to, relative to the rest of the proles. In addition, many graduate from medical school up to their noses in debt.

One friend, a man who went on to medical school after having become a PA and realizing medicine was truly his calling, told my son that between the educational loans and the cost of a house for himself, his wife, and their two children, he is now $1 million in debt. That doesn’t leave a lot of room in the budget for payments on a Mercedes.

Also, some doctors have their priorities straight. In this gentleman’s case, it’s clear he understands that some things are more important than a gaudy car.