2. Has your pet saved you from a perilous situation? 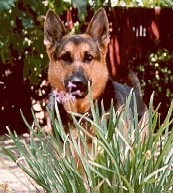 My late, great German shepherd Greta saved my son’s life and, on another occasion, chased off a hapless cat burglar.

When my son was a toddler, we lived downtown in a gentrifying central-city neighborhood with friendly neighbors. Our neighbor across the street had a German shepherd mix called Colonel, who like Greta was mellow with children. Colonel was allowed to sit around loose, in front. Whenever my son and I would go for a walk with Greta, Colonel would amble along with us. Both dogs were unleashed—fortunately, as it developed.

So we’re walking up the sidewalk, approaching a corner house that has a six-foot wall around the side yard, blocking the view of what’s coming up the street that runs at a right angle to our street.

Colonel is walking ahead of me, maybe 30 feet up ahead. My son is holding onto Colonel’s tail as the two of them stroll up the sidewalk. Greta, who by this time is getting on in doggy-years, is dawdling behind us. I am midway between the Colonel/kid dyad and Greta. 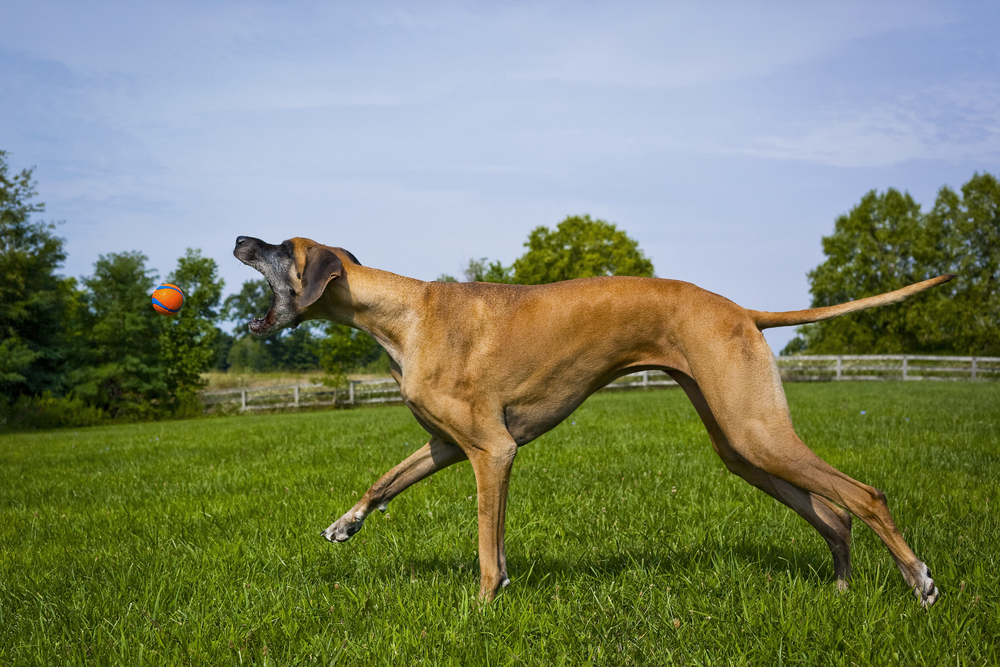 Suddenly, from behind the wall comes a willowy young woman jogging up the bicycle path behind a huge Great Dane.

My son sees this massive dog, emits a squeal of delight (two-year-olds can be brain-banging shrill), waves his little arms in the air (waving your arms is a threat to a dog), and starts to run toward them.

The Dane instantly goes in for the attack.

I try to grab my son, catch ahold of his shirt, but he jerks away from me and keeps running toward the dog.

Now the Dane has my little boy’s entire head inside its mouth. The young woman, who can’t possibly weigh more than a hundred pounds, is pulling with all her strength on the Dane’s lead, to no effect.

As I’m charging into the battle, I sense a motion at my right side, almost at shoulder height.

It’s Greta. She is literally flying through the air. She has raced up behind me and before she reaches my side has launched herself into a flying leap.

She slams into the Great Dane’s side. The Dane, distracted, releases my son, who falls under the two dogs. I grab him and yank him out from underneath them as they tumble to the ground, fighting.

Now the Dane has Greta down. Greta weighed about 90 pounds, but the Dane was at least half again her size.

Colonel is gone. As in gone gone. He ran off at the first sign of trouble. As I drag my son away from the fighting dogs, I figure Greta is going to die.

Then all of a sudden, the Dane drops to the ground—it passes out! The woman has been pulling on the dog’s leash so hard that she cut off the animal’s air and it literally has lost consciousness.

Idiotically, I say something like omigod! I’m so sorry.

She says—this is truth!—she says, “Oh, it’s all right. It happens all the time.”

Then there was the Night of the Cat Burglar.

My husband and I had come home from a night on the town and gone to bed. When he would get very tired, he would snore. Loudly! I couldn’t get to sleep with that racket going, so I got up and went to sleep on the living-room sofa. In the altogether, we might add.

By now, Greta was old and deaf. We had acquired a German shepherd pup, knowing that Greta’s time was coming to an end and, since we lived in a dangerous part of the city, wanting to have another large dog trained and acclimated to living with us while Greta was still around to serve as a role model. As it were. This dog was more than half-grown but not yet old enough to have developed any real protectiveness.

Greta liked to sleep in the hall outside our bedroom door. The pup was probably in the bedroom near my husband. The baby was in his bedroom, down at the far end of the hall.

It was about three in the morning.

Something woke me. Greta, in the back of the house, emitted a tentative, rather quiet woof? I looked up and saw a flashlight in the kitchen. And . . . here’s what goes through one’s befuddled mind at 3:00 a.m: I thought, “Ohhhh, the power must have gone out, and the baby must have waked up and John must have gone into the kitchen to get him a bottle.” 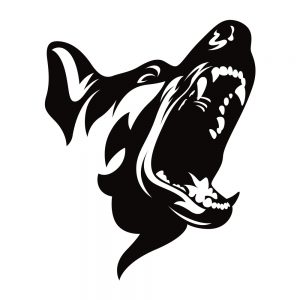 She comes roaring into the kitchen. And let me tell you, the sound of an angry German shepherd is something you will never forget.

The flashlight is jerking around frantically.

Greta is between the sh!thead and the door he came in, and she does mean business.

Dumb as I am, I still haven’t figured out WTF.

I get up and start to walk toward the kitchen. The sh!thead manages to find the door to the service porch and darts out, slamming the door between himself and the enraged dog.

I still haven’t a clue.

My husband comes into the kitchen, trailed by the terrorized pup—by now the lights are on—looks at me buck nekkid, and says, “Who was that man?”

He says, “The one who just ran out this door.”

Well, the perp is presumably still running. By now he must have circumnavigated the globe several times.

Don’t mess with a German shepherd. And be sure to lock your doors at night. 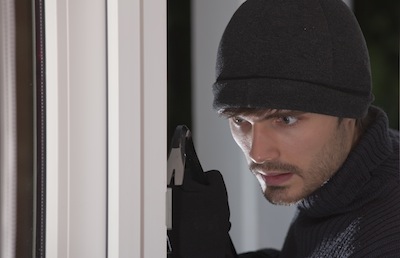