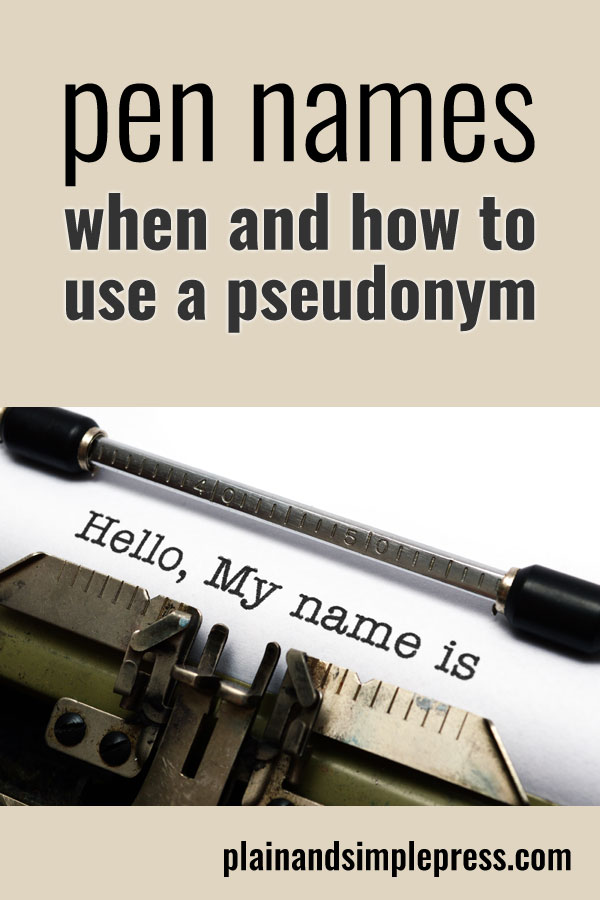 A friend, in the course of chatting about the Publishing Empire, asked how you go about using a pen-name, and by the way…when and where would you use a pseudonym, and why?

Well, the why can be pretty obvious: if you’re tattling on the President of the United States and the CIA, it’s probably wise to call yourself something like Deep Throat.

There are other reasons, of course. You might publish a memoir or a piece of autobiographical fiction that reflects dimly on a relative. Or maybe you write Edwardian-period romance novels and think a by-line that sounds aristocratically romantic will help sell books. Or maybe you’re doing a corporate project written by a number of people and, to avoid confusion, choose a single (real or fake) by-line. 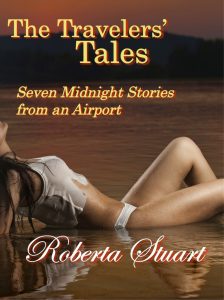 In our case, for example, “Roberta Stuart” is actually five writers, all emanating pulp fiction for the Camptown Races Press imprint. Each has written several Roberta Stuart stories over time. The reason we decided to put them all out under the same pen-name was to build brand recognition: a Roberta Stuart story is short, often witty or outright hilarious, sometimes marked by magical realism, and always genially erotic. An incidental benefit is that our authors can choose to or not to reveal their role in creating the persona of the pseudonymous pornography queen. Some of their friends and relatives know nothing; other CR authors are fairly open about this aspect of their writing careers.

How do you go about it? Simply choose a name and put it on the title and the copyright page. When you apply for an ISBN at Bowker (this is an international cataloguing code — you need it to get your magnum opus into Books in Print), the form will ask you for the name of the author, which may be different from the name of the copyright holder. For all the Racy Books, I always list Roberta as the “author.”

This, of course, is incorrect. If your name is Robert Smith and you write as Bob Smith in some places and Rob Smith in others, none of those are “pseudo” (i.e., false) names: they’re all variants of your name.

But no amount of arguing with Amazon factotums will bring about a change in this inconvenient policy. 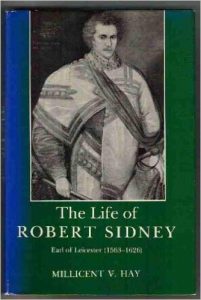 I find it particularly annoying because Amazon has glommed publications that I’ve emitted under three variants of my name. My first book, The Life of Robert Sidney, Earl of Leicester, was published under my full, formal name: Millicent V. Hay. A scholarly biography, it came out at a time when I still hoped for a full-bore academic career, and so I wanted it to appear under the name that appears on my curriculum vitae.

But…I happen to hate that name. As a little girl, I was bullied so fiercely throughout grade school that I became suicidal. The sappy name was a ripe target for the little monsters who made my life so miserable that at the age of 10 or 12, I wanted to end it. To this day, the name “Millicent” elicits a physical cringe reflex.

When I escaped that school and that country and started attending schools in the US, I called myself “Vicky,” a familiar version of my middle name. This worked well because it was so plain vanilla it provided no ammunition and never did spur any significant meanness among my stateside classmates. 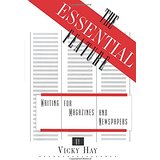 In the fullness of time, I became a magazine journalist: a writer and editor for a variety of local and regional publications. My byline was the name that everyone knew: Vicky Hay. I never wrote a journalistic article under any other name, and my guide to newspaper and magazine writing, The Essential Feature, came out under that name.

With the vast encyclopedia of contacts I built — I knew or knew of every top-flight writer, editor, graphic artist, and photographer in the Southwest — I decided to start a kind of finder’s service. We would put publishing clients in touch with editorial and graphic talent and, if desired, package books and other publications for them. At this time I took on a business partner, a guy who had been a public relations professional for decades.

He felt that “Vicky” was way too informal. He asked me to start using my full middle name: “Victoria.” 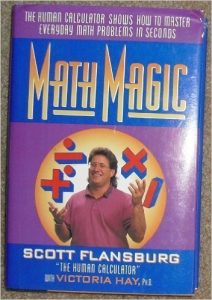 We put a lot of stuff out under that name. In one book, where I didn’t want an essay inside the book to coincide with the publisher’s name, I used my mother’s maiden name, Julie DeLong, as a pen-name. Eventually, I cowrote Math Magic with a fellow named Scott Flansburg, and of course used the fancy middle name: Victoria Hay, Ph.D. That one turned into a best-seller, thanks to Scott’s high-level marketing skills.

Now I decide to experiment with self-publishing, pretty much for the Hell of it…and that’s when Amazon informs me that I can’t publish under the name Roberta Stuart because I already have three pseudonyms.

Which are NOT pseudonyms.

So how do you copyright material written under pen names? Anything you create in a reproducible medium — including writing — is automatically copyrighted as you create it. You own the copyright on it by virtue of your having made it. You can publish it and copyright it under any pen name you please. The copyright will always belong to you, unless you choose to sell some or all of your rights in the work.

This provides a corporate veil between the principals (me and a business partner) and the doings of the business. Sometimes this can come in handy. And it certainly simplifies the tax accounting.

If you’re just one little person publishing one little book or one series of books, there’s no reason for you to get elaborate, as long as you dutifully pay your income taxes. Just publish the thing under whatever name you please.