Here’s a draft passage from an upcoming installment in the Fire-Rider series. Enjoy! 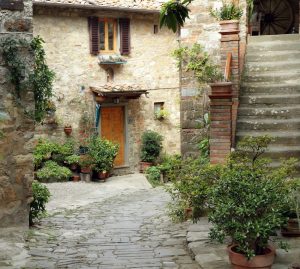 …Around the courtyard and stone buildings below…

Lieze and Jag Bova stood in the window of their upstairs bedroom, watching Deke and Mandeh play hide and seek with a couple of the neighbors’ kids around the courtyard and stone outbuildings below. Erysa and Ada had gone to the village marketplace to shop and socialize. Bova held his wife in his arms and smiled, contented for the first time in several months.

Now that things were quiet and the two had renewed their acquaintance in every way, Bova saw an opportunity to bring up an idea that had been rolling around in his mind for some time. 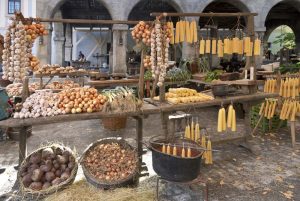 Erysa and Ada had gone to the market…

“Erysa is changing so fast,” he said. “She’s grown into a young woman just while I’ve been gone.”

Lieze murmured a soft chuckle. “She gets prettier every day,” she agreed. “Mother and I saddled her with Deke during the harvest and still had to keep an eye on her to be sure no flirting went on.” 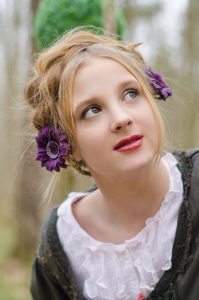 …hard to impress the boys with your pesty little brother underfoot.

“Have you thought that it might be time to arrange a husband for her?”

She glanced sharply at Bova. “Has my mother been talking to you about that already?”

“What? No,” Bova said, surprised. “Ada thinks it’s time for Erysa to marry, does she?”

“She’s brought the subject up.”

Excellent woman, Bova thought: he wouldn’t have to plow new ground. “So…what do you think of the idea?” he asked.

“Maybe. But it’s not too soon to start thinking about it, do you expect?”

“I suppose not,” said Lieze. “Why? Do you have someone in mind?”

Bova steered Lieze to the window seat, and, with a gesture, invited her to sit down, then settled on the padded bench beside her. He cleared his throat. “I do have a thought, yes,” he said.

“Well, in the field this summer I built a pretty strong link with Kaybrel Kubna of Moor Lek. And you know, with Rik gone and his son two or three years short of taking over as our kubna, an alliance with Moor Lek wouldn’t be a bad thing for the House of Rozebek.

“What would you think about approaching Maire about choosing Elyse as a sister wife?”

Lieze was quiet for what seemed to Bova like a long time. 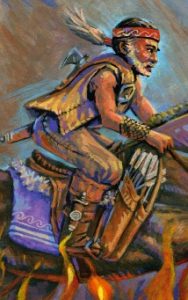 She shot him a look that told him he was on the losing end of this exchange. “In the first place, Kay is old enough to be your father. Do you really want to marry your daughter to a man who could be her grandfather?”

“No doubt. But he’s still an old man. She could find herself a widow before her second child is born.”

“She’d be well taken care of, though,” Bova said. If she were widowed after she had a child of the kubna’s, she would not remarry until his offspring were grown or settled elsewhere. Neither would Kay’s kubnath, Maire. Between the two of them, they would live handsomely on the income from an entire cowndee’s splits. Plus of course Maire was collecting from Silba Lek, too. 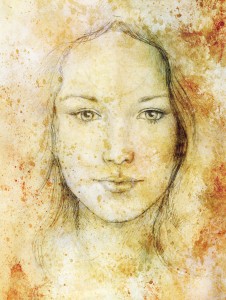 “I’m sure,” Lieze countered. “And that brings us to the next point: I don’t want my eldest daughter to play second fiddle to someone like Maire Kubnath of Silba Lek and Moor Lek. She would fade right into the shrubbery.

“Besides, everyone knows Maire can be difficult. It would take a far more headstrong eighteen-year-old than our Lieze to hold her own against that one.”

“No one has ever complained that she’s not a good kubnath,” Bova remarked.

“She’s a good kubnath because she’s absolutely fierce! You know that.”

He smiled. “Yes. Well, she’s a match for Kaybrel in that way.”

“Only on horseback, maybe.”

She smiled briefly. “He’s a great warrior. But a warrior and a chosen man are two different things. Not very many men are as good as you are at both.”

“That may be so, or not,” he said. He leaned over and kissed her cheek, feeling his wooly blond beard brush against her sweet, soft skin. “But I wish you’d think it over. Will you consider it?”

“I will,” she replied. “But I have another idea, one that could do what you have in mind and also give our daughter a shot at a happy life.”

“You don’t think she’d be happy with Kaybrel?” 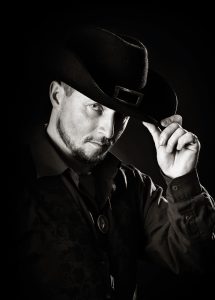 “She might be. But how about this: What if we were to have her choose Fallon of Cheyne Wells this spring?”

“Fal?” Bova was nonplussed. The thought had never entered his mind.

“Sure. Fal and Kay are peas from the same pod. No one is closer to Kay than Fal—well, no man, anyway. They’re so tightly allied that a match with Cheyne Wells would be a match with Moor Lek. And Fal will live long enough to father several children and be there until they’re grown. God willing.”

It was Bova’s turn to fall silent. At length he reflected, “It’s pretty remote up there, halfway to the edge of the godforsaken ice fields. That’s probably why no one has chosen him since his first wife and kids died.”

“That’s so,” she said. “But she loves horses. Fallon has enough of those to keep her amused for the rest of her life. And she could manage our farmlands this very day—I’ve taken care to teach her all she needs to know, and then some. She’ll make a perfect rancher’s partner, and a very fine mayreth. She’s been brought up to be mayreth, Bova.”

“Hmh.” He turned the possibility over in his mind.

“You understand,” he said after a moment, “Fallon has a lady friend in Lek Doe.”

She raised an eyebrow. “Is that so?” He nodded. “Well, no doubt he’s not alone in that,” she remarked.

“You can be sure Kaybrel doesn’t. The kubnath would never put up with any shenanigans like that.”

She laughed softly. “She probably doesn’t have to. I’m sure his oats are already sown.”

“One never knows with that one. He’s a surprise a day.”

“Be that as it may, a pretty young bride can be a mighty distraction. If she marries Fal this spring, he’ll be daydreaming about getting back to her all summer.”

“I daydream about getting back to you every summer,” he said. He lifted her hand to his lips and kissed his way up her arm to the nape of her neck. She shivered, sighed, and melted into his arms.

A kiss or two later, Bova glanced up. “Oh, God,” he said. “Yonder come the women young and old.” Ada and Erysa were entering the courtyard below, driving a small carriage behind a single pony.

“Oh, dear. Can we pretend we didn’t notice?”

“We’d better get out of the window, then.” He took her hand and, like shadows, the two ghosted into an upstairs guest bedroom. 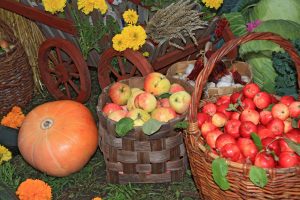 Home from the market 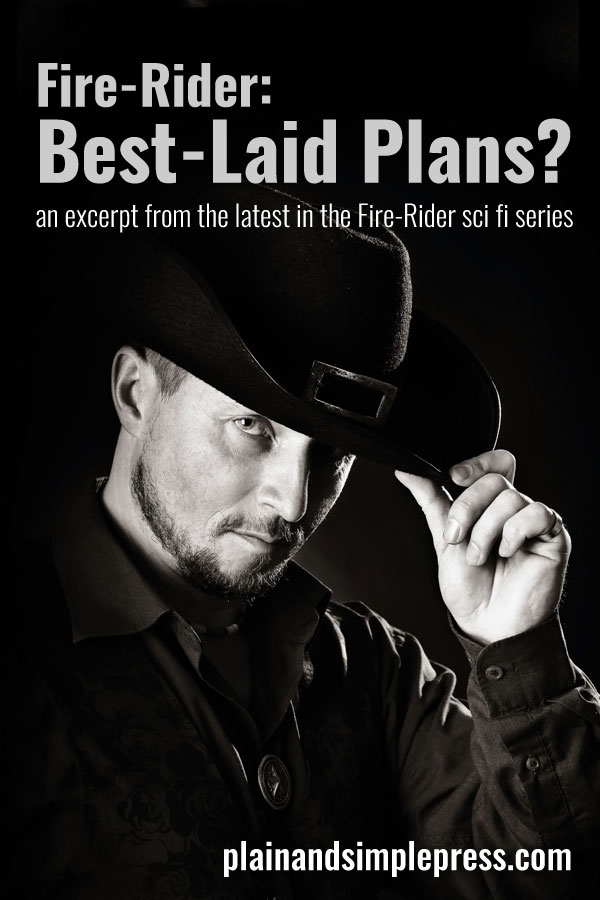 The war bands climb upward into the mountains, putting as much distance between themselves and the enemy as they can manage. Drizzling rain threatens to turn to ice and snow. Kaybrel and his sidekick Fallon believe they should put Kay’s gravely injured war horse out of his misery…

While Kay was tending to Nando, Fallon washed the soot and ash off Demon’s legs. What he found didn’t please him. The animal’s hide was blistered or burned off from his hooves to his flanks. It was astonishing, he thought, that Kay made it through the flames the first time; the second and third came no short of a miracle.

“This horse is in a bad way,” he said when Kay had a moment. “You probably should put him down.”

Kay looked at the wounds himself. “I hate to do that,” he said, after a moment of silence.

“I know,” Fallon replied, and he did. Realizing his friend’s distress, he said, “Would you like me to take care of it? We can have one of the riflemen….”

“Don’t kill Demon!” Tavi interjected. “How can you do that?”

Kay looked at the boy with some surprise. Was he really asking how two men who had, not long ago, taken part in exterminating the people of Roksan could consider killing a horse? To his greater surprise, he saw that Fallon seemed to take this as worth responding to.

“Would you like to get killed after you saved your friends’ lives?” Tavio returned. “Would you want to die if you had a few burns on your arms and legs?”

“Don’t do that,” Tavi repeated.

“We need to get going,” Kay reminded Fal. “Let’s make up our minds. Do you think he can keep up with us?”

“Then we need to put him down.”

“Yeah,” Fal agreed. “Look, boy. Demon will starve or freeze if we leave him behind. He’ll be hurting too much to forage for himself. Do you want him to die like that? Better to go quickly than to suffer for days.”

“But what if he can keep up with us?”

“That’s about enough,” said Kaybrel, whose patience with this exchange had run dry. “I don’t want to hear any more about it from you, Tavio. Get my saddle off the animal and let’s put it on Rik’s horse, if it’ll fit. I’d rather use my own tack than someone else’s. When you’re done, you can carry Rik’s gear over to the brez’s wagon and give it back while I tend to business.”

“Just give him a chance,” Tavi persisted. “If he falls behind, then you can do it.”