So yesterday I started chatting about economical writing and how to achieve it. One strategy is by applying a few simple tricks, easily memorized and requiring no more than a basic understanding of English grammar. Though these little strategies are no substitute for thoughtful composition, they’re good habits to adapt. 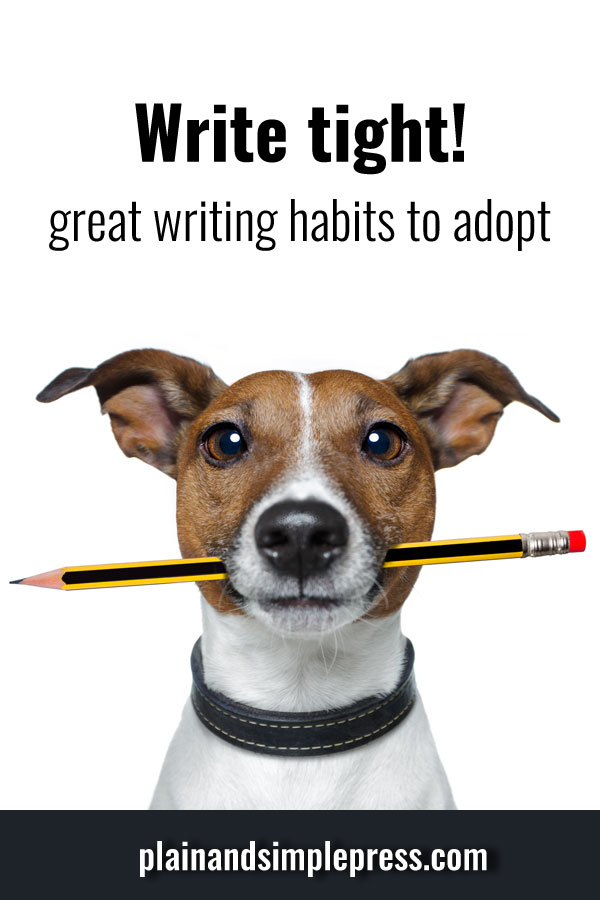 The words very, quite, a little, a lot, a bit, somewhat, rather, and really can usually go. So can many—perhaps even most—words ending in -ly. Ask yourself if you need that adverb, or if you can find a verb that carries the meaning of two words.

For example, what does “talk very fast” mean? We can list a half-dozen single words that may mean this without even thinking about it: chatter, jabber, babble, blurt, prattle, chit-chat, gab. Each of these is a verb that encompasses within its meaning “talk” and “very fast.”

A little thought will certainly lead to more and maybe better terms. But notice that each of these verbs adds meaning and vividness to the idea of fast talk—they all have slightly different senses. The strong verb, when preferred to a weaker verb plus an adverb or two, gives strength and meaning to your language.

I nearly said, “Keep your eye out for. . . .” Verbose constructions are everywhere, and we can always find one or two words to take their place:

Never use two or three words when one or two will do the job.

Look for the hidden verb.

Some verbosities are long constructions that hide a verb that, when uncovered, can be made to pull the sentences entire weight.

has a great influence on (influences)
has a lack of (lacks)

Look for verbs hidden inside thickets of verbosity, and whenever you find one, set it free.

Beware the “there is/there are” construction.

This idiom is a blot upon our language, because it is so universally overused. Consider, for example, the following:

There has been an increasing number of court cases about. . .

If you take the thing that “there has been” (in this case, number) and make it the subject of the sentence, and then come up with a verb that has some meaning, such as concern or address, you create a decent sentence that gets straight to the point:

Sometimes you can delete certain subordinators, such as that, who, and which, creating tighter phrasing:

Get rid of as many prepositional phrases as you can.

You can often replace prepositional phrases with possessives (my aunt’s pen, not the pen of my aunt) or with noun phrases (a coffee cup, not a cup for coffee):

The laughter of children
Children’s laughter

But be careful not to get tangled up in noun phrases: A phrase like “victims of violent crime” ceases to make sense when it’s put as “violent crime victims.”