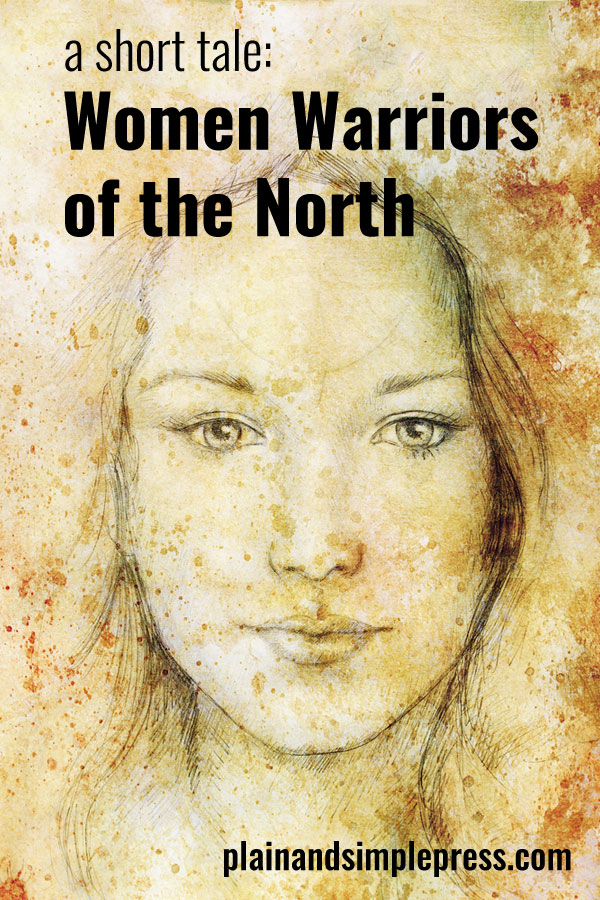 Like their brothers, fathers, and husbands, the women of the Great Lacuna‘s warrior class — the kubnaths and mayreths, depending on their inherited rank — were trained in the arts of war. A few, such as Bett Kubnath of Huam Prinz and Cham Fos, were renowned for a certain ferocity of character. But, Hapa Cottrite tells us in his journals, “rare it was for a woman warrior to lead a band into the field.” Rather, they served as administrators, judges, and (at least in some cases) absolute monarchs. The women decided who got what portions of the shared crops and war booty (“splits”). The women heard the people’s cases in law and decided whose plea held the most weight. The women assessed claims of evil-doing and passed judgment on those found to have erred.

In a distinctive vignette from the Cottrite Chronicles, Lieze Mayreth of Rozebek awaits the return of her spouse, Jag Bova Mayr of Rozebek, delayed by the troubles of Loma Alda and Lek Doe. This passage is especially significant for the insight it gives to the marital customs of the Great Lacuna, a time when women far outnumbered the men, who had been picked off by disease, war, and the harsh conditions of the Ice Age. 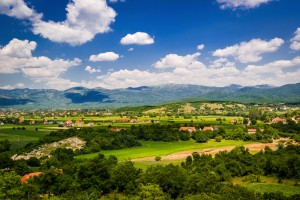 Lieze stood at an upper window of Rozebek Keep and gazed out over the broad, spreading fields toward the distant blue mountains. As the days grew shorter, she reflected, the problem grew larger.

What to do? she wondered. And where was Jag Bova? When would he be home? The men should at least have reached Krens by now, and really they ought to be at Oane Lek. But surely, if the bands of Oane Lek and Puns had arrived at Oane Lek Town, some word of it would have reached Rozebek.

Lieze’s mother, Ada, came into the hall and found her daughter staring pensively into the distance.

“I can’t remember the men ever being this late before,” Ada said, reading her thought.

The two women descended the curving stairway, its heavy oaken banister tracing an elegant arc from the second story to the ground floor. There they found Lieze and Jag Bova’s two daughters and young son tossing a ball around the great hall.

“Take it outside, please,” Lieze exclaimed. “You know better than that!”

“But Mother, it’s cold outdoors,” Mandeh protested. At twelve the younger of the two girls, Mandeh was always full of ginger—and backtalk.

“Well, put on your jacket then, dear,” said Lieze. “It’s a lovely fall day. And it won’t hurt any of you to get some fresh air.” 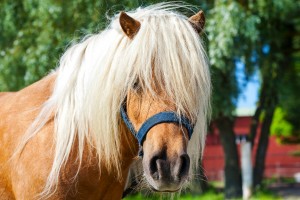 Erysa, the older sister, began to shepherd the other two outside, handing her little brother Deke a coat and knitted wool scarf, passing another jacket to Mandeh, and wrapping herself in a warm fleece sweater and matching hat.

Lieze poured a couple of mugs of hot minted apple cider, and the women sat down at the kitchen table. They watched the children through one of the tall, narrow windows that looked out onto the keep’s courtyard.

“You know,” Ada observed, “it’s about time to think about choosing a husband for Erysa.”

“She’ll be seventeen next spring, by wedding season.”

Lieze gazed at the lithe girl beneath the window. If “girl” the child was, she thought, she wouldn’t be for much longer. Erysa already looked like a young woman. Albeit a very young one.

“I was nineteen when I married Jag Bova,” she said.

“Yes,” Ada allowed. “But Erysa is quite pretty. She’s already started to attract the boys’ attention.” Erysa had her father’s honey-blonde hair and blue eyes. Though she was a sturdy, healthy girl, she hadn’t inherited Bova’s massive build. Her budding femininity lent grace and sweetness to her slender frame.

“Oh, so I wasn’t pretty enough to need to be married off early?” Lieze said in a mock tiff.

“That’s not what I meant!” said Ada. Lieze tried to suppress a smile at her mother’s defensive response. “Erysa’s a beautiful girl because you were a beautiful young woman. And I wasn’t half-bad, either, when I was that age.”

“Well, when Bova gets back, maybe we should start to talk about it.” She had no intention of bringing the subject up, and she hoped Ada would forget it before long.

“Meanwhile,” Lieze continued, “we need a plan for bringing in the harvest. Here’s what I have in mind.” 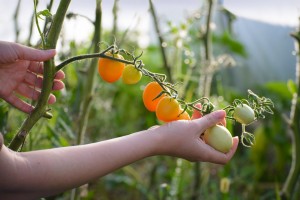 She outlined a strategy that had come to her while she lay awake at night: They would recruit every able-bodied elderman, woman, and half-grown child on the nearby farms and from the town and divide them into teams. Each group would be assigned to visit a number of farms, over a couple of weeks, and help the residents reap the harvest and pick the fruit. Many hands, she observed, make short work—and despite the absence of the men of fighting age, enough town and farm dwellers remained to make up at least three or four teams.

“It’s a good idea, in theory,” Ada said, after hearing her daughter out. “But most of these people have shops to run, wood to chop for winter, kitchen gardens to bring in and preserve, and families to tend to. How are you going to persuade them to go out into the fields for days on end?”

“Give them extra splits,” said Lieze. Splits were the shared goods owed from every individual to the mayr or kubna. These were organized and redistributed back to the community, the recipient returning half of the take to his or her followers in a way that the leader deemed fair.

Lieze, too, had considered the reaction her husband might have. “But Bova’s not here,” she said. “And wherever he is, he doesn’t have to deal with a fall harvest that’s about to rot or freeze on the vine.

“Besides, we have more than enough to get through the winter. We’re not going hungry. And this is exactly the kind of situation that splits are supposed to help with. We’ll give each family an extra share or two, depending on how many people they can muster.”

“And do you have in mind that we’ll join one of these ‘teams,’ too?”

“If you’re going to have Erysa out there picking apples or some such, then someone—either you or I—will have to keep an eye on her. It sounds like a fair way to bring home a haystack baby.”

“I have a little more faith in her than that,” Lieze replied. But she knew the older woman was right. Erysa surely would have to be in good company at all times. “Here’s what,” she proposed: “Erysa and Deke will come with me, and Mandeh will stay here with you to help pick and put up the kitchen garden vegetables and berries.”

“Yes. But it’ll get done. Mandeh’s plenty big enough now to help with both the harvesting and the canning. You can teach her whatever she doesn’t remember from last fall.

“And with her little brother underfoot, Erysa’s not likely to get into much mischief, even if she does manage to slip out of my sight.”

Pleased with the ingenuity of this scheme, the two women lingered over their warm cider.

“It’ll be lovely to spend a whole day with just one of the grand-daughters,” Ada said.

“Yes. I know she’ll enjoy it,” Lieze replied. “I appreciate your being here to do it.”

“That reminds me,” Ada returned. “There’s something else I’ve been wanting to talk with you about.”

“I’ve been thinking, dear. You know, I’m not going to be here forever. It won’t be long before the time will come for me to move on to the next world.”

“Mother! What a thing to say…are you feeling ill? Is something the matter?”

“No, dear. I’m fine. It’s just that…well, nothing lasts forever. All things come to an end. We need to be realistic about that.”

“It’s not what I’d like to dwell on,” Lieze said. “Certainly not now, with so much to have to do.”

“And there’s the point: when I’m gone, you’re still going to have all these things to cope with. Don’t you think it’s getting to be time to think about choosing a second wife for Jag Bova?”

Lieze looked at her mother with something like shock in her face.

“I can’t think of a better time,” Ada said. “Better now than after I’m dead and gone and you have no one to help you.”

“Well, no,” Lieze admitted. “I hadn’t thought about it. We’re doing fine right now. And I’d just as soon not share my husband, if I don’t have to.”

“Right now we’re handling the work, that’s so,” Ada agreed. “But in a few years, as I get older or pass, that will change. Besides, a younger wife helps to keep a man at home. She gives you some relief—in more ways than one.”

Lieze blushed. “I don’t feel any need to be relieved,” she said.

“Not yet. But when the change comes, then you may change your opinion.”

“Oh, for heaven’s sake,” Lieze rolled her eyes and laughed. “Who do you have in mind?”

“I don’t know. That’s why I suggested you might want to start thinking about it.”

Truth to tell, Lieze thought, her mother had something there: now that Erysa was almost grown, she could take on a fair amount of the work, and she had become a big help. Whether or not they put any thought into the matter now, in just two or three years, the girl would be a woman and a wife—in her own or another woman’s household. Maybe Ada was right. Maybe they needed a junior wife at Rozebek Keep.

On the other hand, if Ada took on the project of finding Jag Bova a second wife, it would distract her from trying to marry off Erysa. 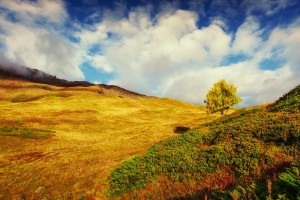 This tale is a riff on the Fire-Rider saga, an all NEW, unpublished, an original bit of insight into the people, the times, and the story of the Great Lacuna. For more, check out the Fire-Rider saga described on our Books page, or buy the Kindle books at Amazon: