This book is a work in progress. A new chapter appears here each week, usually on Fridays. To see all the chapters published so far, visit the *FREE READ* page for The Complete Writer. You can buy a copy, right now, in PDF format, or, if you like, as a paperback. For details, visit our Books page or send a request through our Contact form.

Occasionally I revisit one of my very favorite writers, John McPhee. How can I count the ways I love McPhee? His astonishing style, his engaging voice, his eclectic subject matter, his amazing story structure, his mind-boggling erudition, his sense of humor . . . it goes on and on. 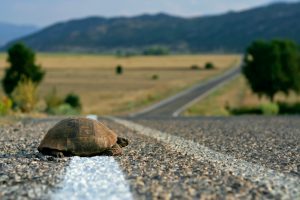 Carol [dissecting a snapping turtle killed by a car] . . . talked to the dead turtle, soothingly, reassuringly, nurse to patient, doctor to child, and when she reached in under the plastron and found an ovary, she shifted genders with a grunt of surprise. She pulled out some globate yellow fat and tossed it into the pond. Hundreds of mosquito fish came darting through the water, sank their teeth, shook their heads, worried the fat. Carol began to move fat from the turtle’s body. The eggs were like ping-balls in size, shape, and color, and how they all fitted into the turtle was more than I could comprehend, for there were fifty-six of them in there, fully finished, and a number that had not quite taken their ultimate form.[1]

In four sentences, we learn snapping turtles contain ball-shaped chunks of yellow fat, that mosquitofish will eat flesh (or at least free handouts of turtle fat), that snapping turtle eggs are as big as ping-pong balls, that a mature female can lay upwards of 56 of them, and that this Carol knows how to dissect a large, hard-shelled reptile. 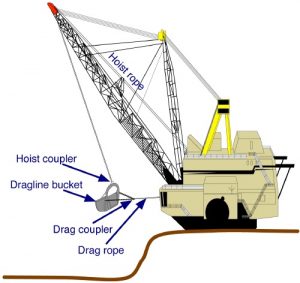 The purpose of such projects [we’re viewing a type of reclamation project called stream channelization] was to anticipate and eliminate floods, to drain swamps, to increase cropland, to channel water toward freshly created reservoirs serving and attracting new industries and new housing developments. Water sports would flourish on the new reservoirs, hatchery fish would proliferate below the surface: new pulsations in the life of the rural South. The Soil Conservation Service was annually spending about fifteen million dollars on stream-channelization projects, providing among other things, newly arable land to farmers who already had land in the Soil Bank. The Department of Agriculture could not do enough for the Southern farmer, whose only problem was bookkeeping. He got money for keeping his front forty idle. His bottomland went up in value when the swamps were drained, and then more money came for not farming the drained land. Years earlier, when a conservationist had been someone who plowed land along natural contours, the Soil Conservation Service had been the epicenter of the conservation movement, decorated for its victories over erosion of the land. Now, to a new generation that had discovered ecology, the SCS was the enemy. Its drainage programs tampered with river mechanics, upsetting the relationships between bass and otter, frog and owl. The Soil Conservation Service had grown over the years into a bureau of fifteen thousand people, and all the way down at the working point, the cutting edge of things, was Chap Causey, in the cab of his American dragline, hearing nothing but the pounding of his big Jimmy diesel while he eliminated a river, eradicated a swamp. (McPhee, “Travels in Georgia”)

Think of that: seventeen hard facts in ten sentences. That’s almost two facts per sentence, and it’s not even one of McPhee’s true tours de force.

. . . Carol turned on the radio and moved the dial. If she could find some Johnny Cash, it would elevate her day. Some Johnny Cash was not hard to find in the airwaves of Georgia. There he was now, resonantly singing about his Mississippi Delta land, where, on a sharecropping farm, he grew up. Carol smiled and closed her eyes. In her ears—pierced ears—were gold maple leaves that seemed to move under the influence of the music.

Facts—accurate facts, astutely observed details—are the heart of journalism, but they’re also the heart of any writing, fiction, essay, and even poetry included. You doubt it? Count the facts in a random passage from Alice Munro:

That was the time of their being women together. Home permanents were tried on Juliet’s stubborn fine hair, dressmaking sessions produced the outfits like nobody else’s, suppers were peanut-butter-tomato-and-mayonnaise sandwiches on the evenings Sam stayed late for a school meeting. Stories were told and retold about Sara’s boyfriends and girlfriends, the jokes they played and the fun they had, in the days when Sara was a schoolteacher too, before her heart got too bad. Stories from the time before that, when she lay in bed with rheumatic fever and had the imaginary friends Rollo and Maxine who solved mysteries, even murders, like the characters in certain children’s books. Glimpses of Sam’s besotted courtship, disasters with the borrowed car, the time he showed up at Sara’s door disguised as a tramp.[2] (Alice Munro, “Soon,” in Runaway)

Every writer needs facts. Lots of facts. Get them. Don’t neglect them.