A student in one of my magazine writing courses once tried to write an article on “How to Summon the Muse.” It was an ambitious effort. Her target audience consisted of musicians. She proposed to write for a musicians’ trade publication. 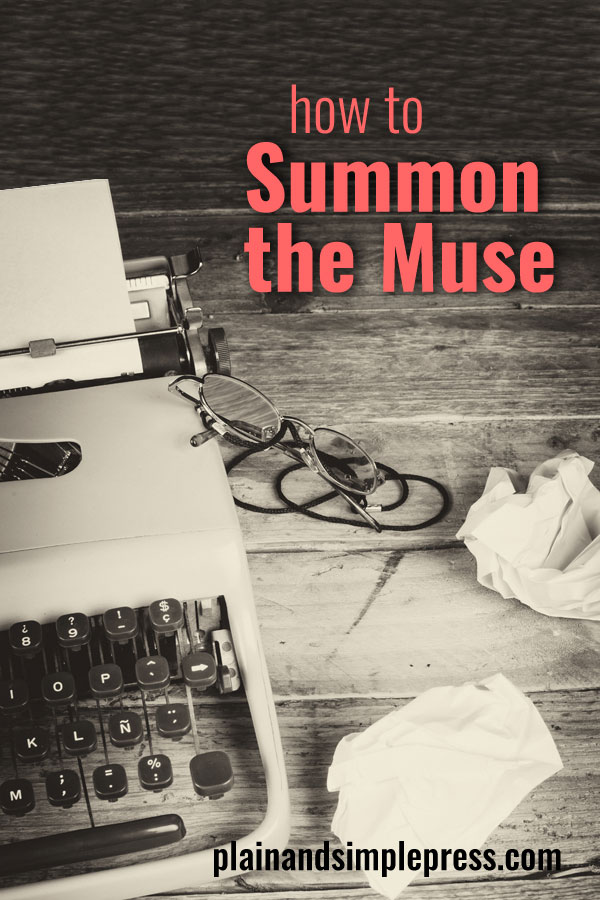 The young woman, being very young indeed (possibly even an advanced high-school student), fell far short of her goal. This small calamity led to the following advice:

Summoning the Muse is a difficult subject to write about. The artistic impulse is a subtle psychological thing, and finding ways to harness it and direct it into a career – whether or not it’s a career that earns enough to support the artist – is something that’s been argued about for generations. Really, “finding one’s Muse” may depend solely on the individual.

Because of the subject’s difficulty, or maybe because of its subjectivity, you end up with a pretty vague discussion, when for a how-to piece what you need is a number of very specific practical steps or pieces of advice.

I don’t know how musicians work. I am a writer, though, and I can tell you how writers work:

The key is to sit down and write. Every day. Doesn’t matter what you write or who you write it for. Whether you’re doing paying work or whether you’re filling a journal or writing a blog or sending letters to your friends, you need to spend a certain amount of time, every day, working and consciously improving your art. It’s not something you can do sporadically, off and on, and hope to develop to a professional level.

I imagine a musician first needs to learn music theory and to play an instrument. From there the person presumably would have to go on to regular, daily practice with attention to improving specific skills and to developing a personal style.

So in addition to “spend at least an hour every day on your art,” what else could one say?

• Learn as much about it as you can: learn technique, style, materials, tools, instruments. Take formal coursework, and also study on your own. Listen to (in the writing department, that translates to “read”) the best in the business, pay attention to what makes them good, and try to do that.

• Stay away from amateurs. Try to apprentice yourself to or take formal training from professionals. In general, “writer’s groups” amount to the blind leading the blind. Presumably something similar applies to people who want to develop in other kinds of art.

• Get paying work, either on a freelance basis or, if at all possible, in a salaried job in an industry that uses your skills (for writers, that would be publishing houses, magazines, newspapers, or public relations agencies or departments; for musicians, presumably working in some aspect of the music industry or as a music director for a religious institution).

• Engineer periods of time without distraction, and use that time for practicing or performing your art.

• Get enough rest and eat well. A rested mind is better able to perform when the Muse does visit.

• Develop a stainless-steel ego. Rejection is part of the job; learn to move past discouraging moments and continue on your way.

These are the kinds of tips that would go into an article of this sort: very specific and highly pragmatic. To develop them into an article, you’d need to provide an example or two to illustrate each tip, or at least most of them.

As you can see, pouring your idea into such crude mugs would be difficult. 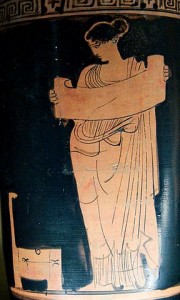 The concept of the Muse, an idea the ancient Greeks invented, describes the mysterious psychological process that takes place when an artist brings unconscious thought processes into play with conscious skills and thinking to create something so new and so original that the artist herself wonders where on earth it came from.

This phenomenon is surprisingly common among writers. When I create fictional characters and put them in action – and when I’m really on a roll – I will come back to them days or weeks later and think, “I can’t even imagine where these people came from.” Often they’re unlike anyone I’ve ever met in real life. They’re figments of my imagination, but they come out as living, breathing human beings. That is the Muse in action.

But really, I couldn’t say how to bring that Muse around…other than to do your thing every day, and keep on doing it.