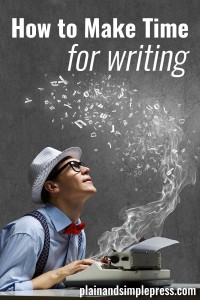 One of these days…

P&S Press makes a little money (very little) on its proprietor’s golden words. But most of the press’s revenues have come from helping others prepare their books for publication: that is to say, The Copyeditor’s Desk is the main driver of income for the entire incorporated enterprise.

In consideration of that reality, some time ago I stopped actively trying to sell Plain & Simple books. Revenues from Amazon have remained the same, whether I hustle as hard as I can or whether I just let the stuff sit there: about $15 to $19 a month.

Fifteen bucks a month…on over 40 titles. That’s combined Plain & Simple Press and Camptown Races output. And no, speaking of Camptown Races: soft-core “erotica” does not sell better than ordinary nonfiction or genre novels.

A couple new books of my own are in the works — but they get put aside whenever paying work comes in from a client.

That means, in effect, they’re always set aside. Every single time I sit down to format the boob book for print or finish off the guide to writing & publishing, someone shows up at the virtual door asking me to edit this magnum opus or to index that scholarly tome. So…I’m always busy, but rarely busy on my own stuff.

“My own stuff” is, de facto, no longer a business but a hobby.

Nor was it ever much other than a hobby, given that it ran the S-corporation deep into the red. If I land the indexing project presently under consideration, that fee will bring the bottom line back to where it was before I took to sailin’ the Amazon. But just barely. And it’s taken over a year to do it.

The plan now is to keep on writing, in idle hours, to publish the stuff on Amazon, to make it available in hard copy whenever there’s something to publish. But I’m not spending any more money on it. And it will always go on the back burner whenever a paying customer shows up.

My own writing will revert to hobby status, to be posted on Amazon much as one displays one’s quilts or needlework or pecan pies at the County Fair.

If I can get one or more of the local colleges to let me teach extension courses — the “lifelong learning” sort of thing — I may use the writing guide as a “suggested text” (we’re not allowed to require people to buy our own books). That will sell a few. But otherwise, that will be about it in the marketing department.

Marketing is what costs you money. And time.

Since time supposedly is money, you could say book marketing costs you money in spades. It’s a huge time suck, and unless you like marketing, have nothing else to do, and love diddling away your time on social media, it’s an ongoing annoyance.

If you enjoy sales and marketing, I’m sure it’s fun. I personally don’t: if I were good at marketing, as we scribble I’d be making a decent living selling cars or refrigerators or radio ad space. Writers don’t live in their garrets because they so love hustling wares, their own or anyone else’s.

My  friend and neighbor Carol is an accountant with a pretty solid small practice. Every year she faces several frantic weeks of nonstop work. Sometimes it’s hard for a writer & editor to appreciate the hectic stress of the annual tax-season ritual, because most of the time our work is self-inflicted. Lately, though, I’ve come to grasp something of her experience.

For the past several weeks, I’ve been working 14-hour days, seven days a week on editing and indexing projects. It has been “feast or famine” elevated to the nth power. Two of my heaviest-hitting writers are in-house. One will be back in the country in a week or so and wants to take his 385-page book to press. Now. The other dropped 60 chapters on me, and then rhapsodized about his plans for the next book.

Just as these projects were beginning to coalesce, a new academic client showed up at the door with a handsomely paying indexing project.

Well. I wasn’t about to turn that guy down, you can be sure of that. So I took on the index in addition to the sprawling international memoir and the never-ending story.

The result was, to put it mildly, a killer. I shipped off the last of these things on Friday and have been comatose all weekend.

HowEVER! Despite the pain this tsunami of work engendered, it also engendered three months’ worth of projected revenues: almost enough to cover the losses I’ve accrued a-sailin’ the Amazon.

If I could get this kind of work coming in steadily — say, two such projects a month — it would more than meet my annual goals. It would handily replace the adjunct income, in a fraction of the number of hours required to earn that much through teaching.

The question is…how? How to get paying work to come in at a steady pace? Weeks — sometimes months — go by with no significant projects in house, and then it all comes cascading down on your head. To get it done on deadline, you have to farm stuff out to the underlings, meaning you don’t earn what you need to live on.

I think (hope) the answer is more and better networking. I need to meet more of the kind of people who send me the kind of work I want. More people referring jobs my way should mean fewer long, dry spells.

So late last week I joined the American Society for Indexing, a venerable group if ever there were one. They have a list of indexers for hire, which is good…and even better, they have special interest groups (SIGs! Remember those from AOL days?) where people apparently get to know each other virtually and that also have their own, more specialized referral lists. Tomorrow (with any luck), I’ll begin trying to build a little presence there.

And I also joined the Author’s Guild, which has a variety of services and blandishments to attract passers-by. I’ll see what I can do about making myself apparent there.

I’d like to pick up more indexing work. At $4 to $6 per indexable page, an index is not a bad gig. It’s surely no more eye-glazing than reading freshman comp papers, and the pay is one helluva lot better. This last book, a collection of essays on the Anglo-Saxon visual imagination, was actually very interesting. Who knew the Ango-Saxons got up to so much? It was a far more cosmopolitan culture (at least, it was among the privileged classes) than I’d realized.

Anyway. Indexing. Editing. More, but less. Less at a time, that is.